The Sentinel 1A satellite collided with space debris 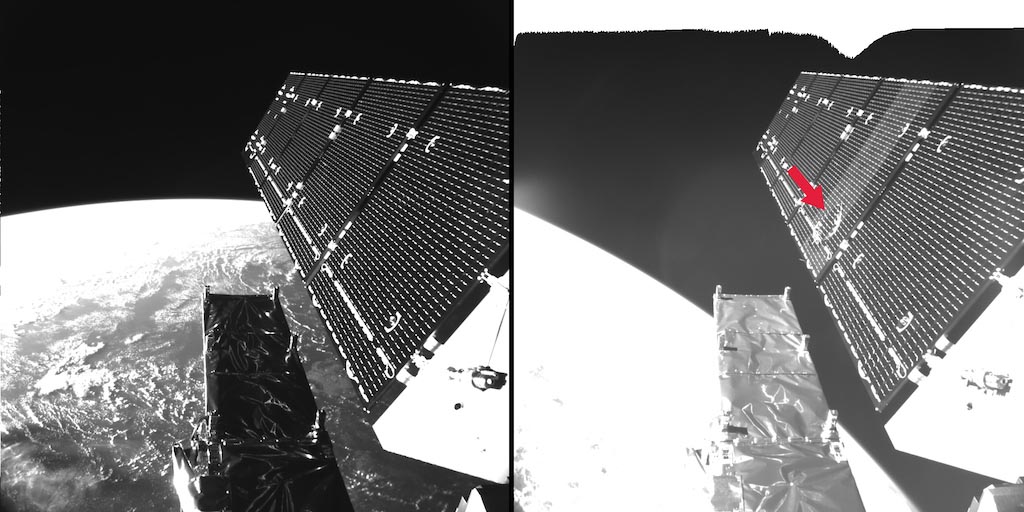 23 Aug at 17:07 UTC controllers ESA recorded a slight change in the orbit of the satellite Sentinel-1A, as well as the loss of power generated by its solar panels.

The feature of this device is that the on Board mounted camera intended for examination of the body. When controllers got their pictures, he found that on one of the panels of the satellite appeared 40-centimeter footprint of the strike. According to estimates, it was caused by the contact of the particles with a diameter of a few millimeters.

Now ESA is trying to identify the nature of the object, but most likely we are talking about the fragment of space debris. Despite the damage to the battery, Sentinel-1A as it receives enough power and operates normally. But still, the incident is rather unpleasant. And it is bad that such on-orbit happens more often.