The slowest x-ray pulsar is detected 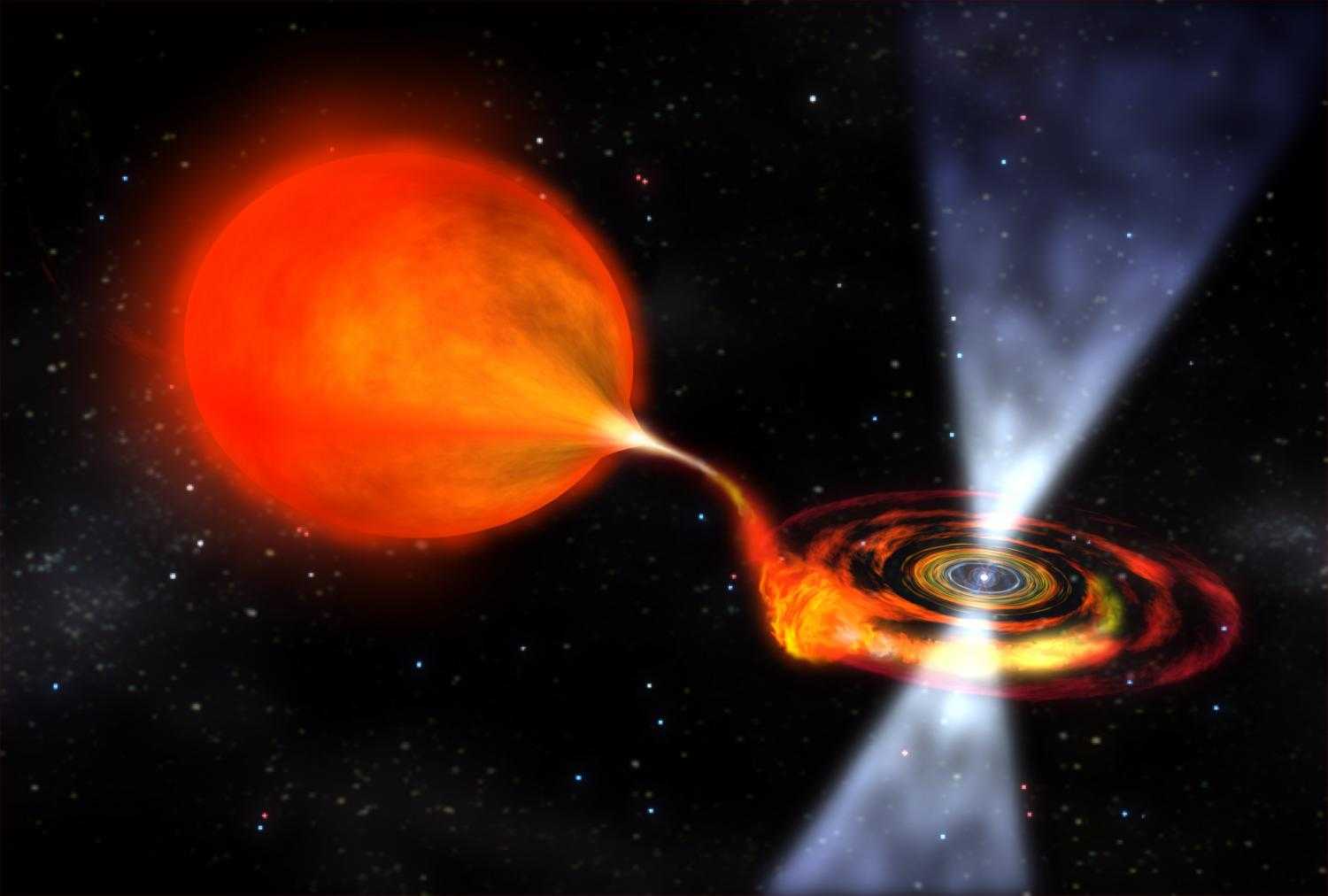 Pulsar AX J1910.7 + 0917 emits X-ray pulses visible on the Earth approximately once every ten hours. Apparently, this allowed him to avoid the attention of scientists for a long time.

The x-ray pulsar consists of two bodies that revolve around the common center of mass. One body from a pair is an ordinary star, the second is a neutron star. An obligatory condition for the formation of a pulsar is the flow of matter from the first body to the second, accretion. The neutron star has a very strong gravity, under which it compresses itself to several tens of kilometers in diameter, so there is no problem with the “selection” of matter at a sufficiently short distance to the neighbor star or with a rather turbulent nature. But, in addition, the neutron star has a very strong magnetic field, and it rotates rapidly, so simply to form an accretion disk around the “companion” and fall on it from there is not obtained – the energy costs to overcome the magnetic field are too great.

The falling matter forms a funnel whose vertex is at the magnetic pole of the neutron star. There it flows, just as the particles of the solar wind in the circumpolar regions of the Earth do, pleasing the eye with beautiful radiance.

Radiance is obtained here. Falling matter under the action of strong gravity accelerates to high speeds, and then, completing its path, stops abruptly. At that moment, the excess energy is emitted in the form of X-ray radiation. Although the cone of the incident substance radiates continuously, to an observer it is visible at regular intervals, depending on the rotation speed of the neutron star. This gives a characteristic X-ray pulsation. 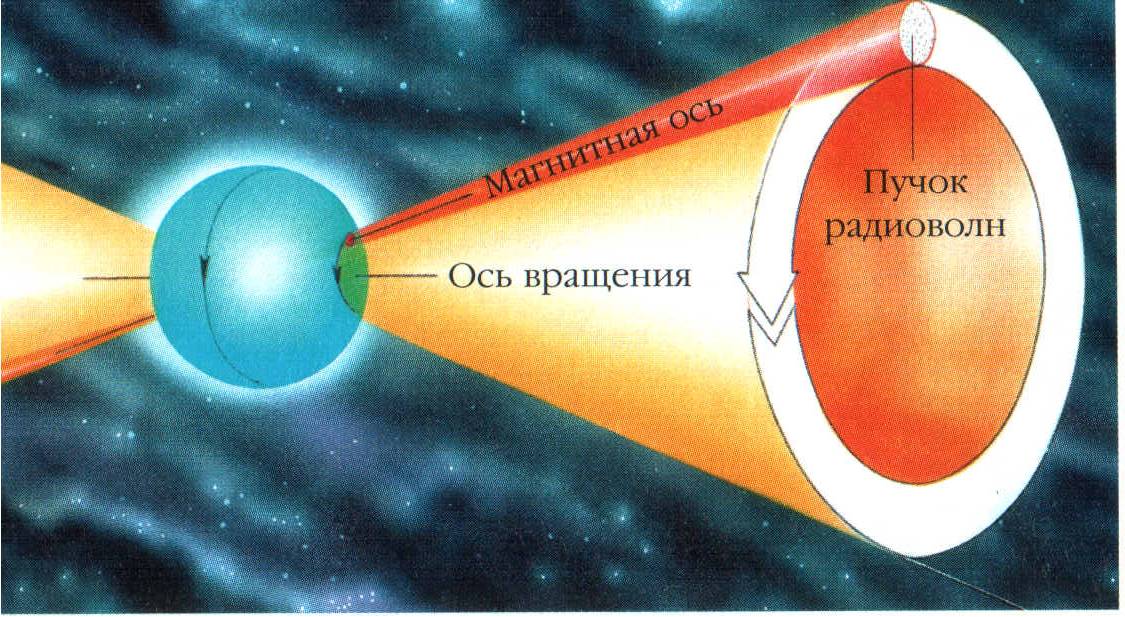 Schematic diagram of the pulsar device

In our case, the object was first discovered in 2001 as part of the ASCA Galactic Plane Survey. Initially, its nature was not established at all – in documents of that time it is listed as a relatively weak and poorly known source of X-ray radiation. Due to the fact that this source is at a distance of about 12 arc minutes from the intensively studied remnant of the supernewave W49, it too became the object of many observations. X-ray pulsations from this source were detected in 2011 during studies conducted with the help of the X-ray observatory NASA Chandra.

Recently, a team of astronomers led by Lara Sidoli carefully analyzed the available observations of the AX J1910.7 + 0917 using ASCA, Chandra and the XMM-Newton spacecraft. The study revealed new details of the life of the celestial body. The periodicity of the x-ray signal was 36,200 seconds (about 600 minutes). This is an obvious record: the usual time of revolution of neutron stars around its axis is two or three orders of magnitude smaller.

Scientists believe that the behavior of a star can be explained within the framework of a model of quasispherical settling accretion. However, this hypothesis will not be confirmed until other source parameters are measured: the orbital period and the velocity of the wind emerging from the massive donor. In any case, scientists call for additional observations.