The smallest asteroid from observable is studied 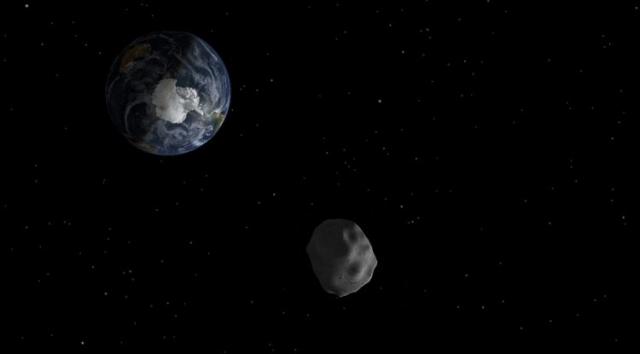 The group of scientists of the Arizonian university have described the smallest of the known asteroids observed by land telescopes. Diameter of this object makes only 2 meters. According to researchers, studying of small asteroids, similar 2015 TC25, has special value as the science knows of these objects little.

2015 TC25 – one of the brightest near-earth asteroids. He reflects about 60% of light falling on him. An object has been investigated by four land telescopes during his maximum rapprochement with our planet. The asteroid has passed at distance 128 thousand km from Earth that it is 3 times less than a distance from Earth to the Moon.

Radar observations have shown that the surface 2015 TC25 reminds a surface of obrit – the meteorites containing, mainly, the silicates formed in the oxygen-free environment at high temperatures. Only one of one thousand meteorites falling to the Ground belongs to this class.

“For the first time we could obtain data of optical, infrared telescopes and the radio telescope on such small asteroid which, in fact, is meteoroidy”, – says I Hang Reddi from the Arizonian university. – “It is possible to consider him as a potential meteorite which hasn’t entered the atmosphere yet and hasn’t fallen”.

Studying 2015 TC25 has also shown that this object has no regolith, a loose coating which covers the majority of large asteroids. Besides, it has been revealed that 2015 TC25 – one of the most fast-rotating near-earth asteroids. He makes one revolution in two minutes.

Researchers assume that 2015 TC25 the piece which has broken away as a result of collision from an asteroid of 44 Nysa – a large object which could cover all Los Angeles can represent.