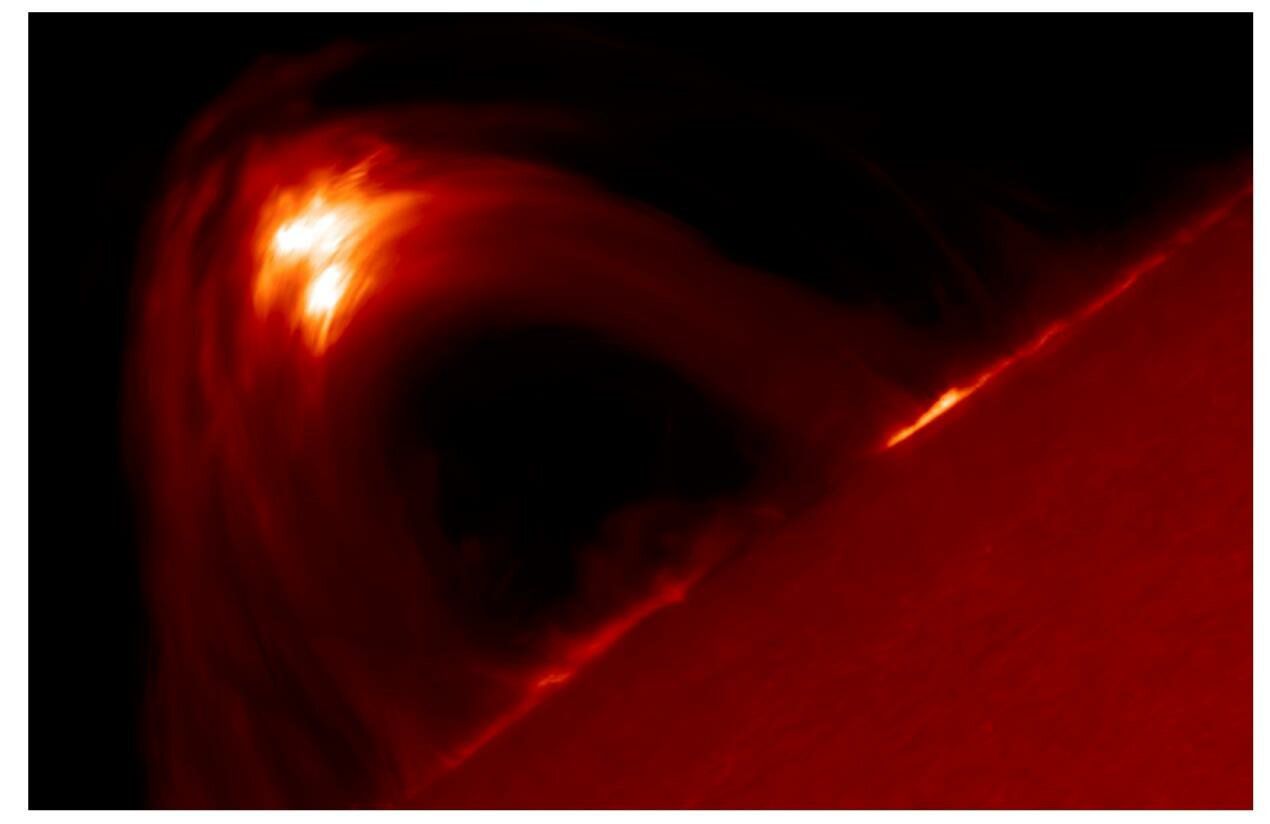 The solar magnetic field actually turned out to be about 10 times more powerful than previously thought, according to a new study by astronomers from the University of Queens in Belfast and Aberystwyth University (both research institutions in the United Kingdom).

This discovery was made with the help of the Swedish 1-meter solar telescope installed at the Roque de los Muchachos Observatory, the island of La Palma, and the Canary Archipelago. A research team led by Dr. David Kuridze of the University of Aberystwyth studied a particularly powerful solar flare that occurred on September 10, 2017.

The combination of favorable conditions and the element of luck allowed the team to determine the power of the magnetic field of the flash with unprecedented accuracy. Researchers believe that these findings can change our understanding of the processes that occur in the solar atmosphere.

Commenting on his discovery, Dr. Kuridze said: “Everything that happens in the external atmosphere of the Sun bears the influence of the magnetic field, but so far we have very little data on the intensity of this field and its spatial characteristics.”

“These parameters are crucial, they are fundamental to the physics of the solar corona. Try to imagine that you want to understand the Earth’s climate without being able to measure the temperature at different points on its surface. ”

“In this study, for the first time, we were able to accurately measure the magnetic fields of the coronal loops, the” building blocks “of the magnetic field of the solar corona, with such a high level of accuracy.”

Solar flares occur on the surface of our luminary, when magnetic energy that accumulates in the solar atmosphere is suddenly released into the surrounding space.

During the 10-day period in September 2017, Dr. Kuridze studied the zone on the surface of the Sun, which, as was known to his team, showed the highest activity.

However, the telescope used by the team makes it possible to cover only 1 percent of the surface of the Sun during a single observation session. By a lucky coincidence, Dr. Kuridze observed in September exactly the zone in which a powerful outbreak occurred at that moment.

When the material emitted as a result of solar flares reaches the Earth, it can lead to the occurrence of auroras on our planet.