The solar minimum turned out to be surprisingly constant 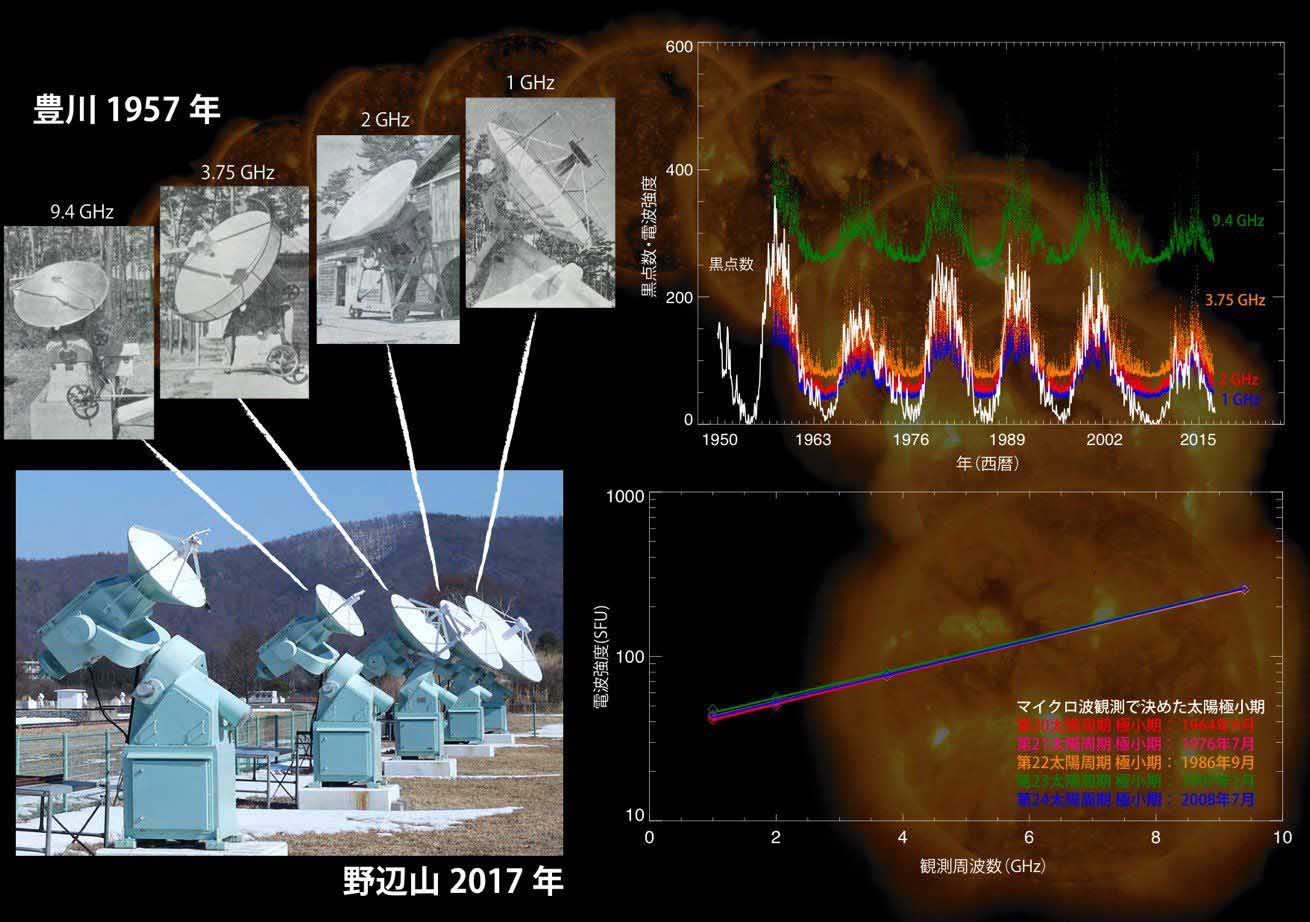 Using observational data collected for more than half a century, Japanese astronomers have determined that the intensity and spectral composition of the microwaves coming from the Sun during the last five minima of our star’s activity remained approximately the same, despite the significant differences between similar values ​​in periods of activity maxima The sun.

In Japan, constant observations of the Sun in the microwave range (1, 2, 3.75 and 9.4 GHz) were initiated in 1957 by the Toekawa Branch of the Institute for Atmospheric Research of the Nagoya University. In 1994, the four telescopes were transferred to the Nobel Campus of the National Astronomical Observatory of Japan, where they continued to observe our star until today.

The research team led by Masumi Shimojo, assistant professor at the Chilean Observatory of the National Astronomical Observatory of Japan, analyzed more than 60 years of observations of the Sun in the microwave range. Scientists have found that the intensity and spectral composition of the radiation emitted by the Sun during the periods of activity minima associated with the 11-year cycle of our luminous activity remained approximately constant during the transition from one cycle to another. At the same time, at solar activity maximums, these values ​​varied from cycle to cycle.

Masumi Shimojo explained: “Astronomy on the sun is most often observed by spots, and other kind of long-term observations of our star are very rare. Therefore, it is of great importance to open a trend that goes beyond the boundaries of a single solar cycle. This is an important step towards understanding the formation and strengthening of solar magnetic fields, which generate spots and are responsible for other manifestations of solar activity. ”

The study is published in the journal Astrophysical Journal.