The solar system is penetrated by wandering stars 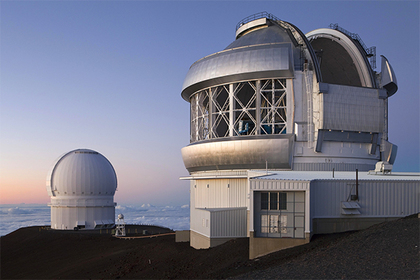 Astronomer Gilles Couture of the University of Quebec in Montreal (Canada) admitted penetration into the solar system of the second star in the past.

Short-term penetration into the solar system of the star, which is two to three times lighter than the Sun and moves at a speed of 25-100 kilometers per second, would lead to anomalous changes in the eccentricity (the elongation parameter) of the orbit of the celestial body located in the Kuiper Belt region behind the orbit of Neptune, containing a lot of ice celestial bodies.

Similar consequences will occur in the case when within the Kuiper belt there is a planet that is 16 times heavier than the Earth.

To such conclusions the astronomer came by computer modeling. The research of the scientist shows that the observed parameters of the trajectories of the trans-Neptunian objects (located beyond the Neptune orbit) can be explained by the gravitational perturbation of the wandering star, not possible with the presence of the ninth planet.