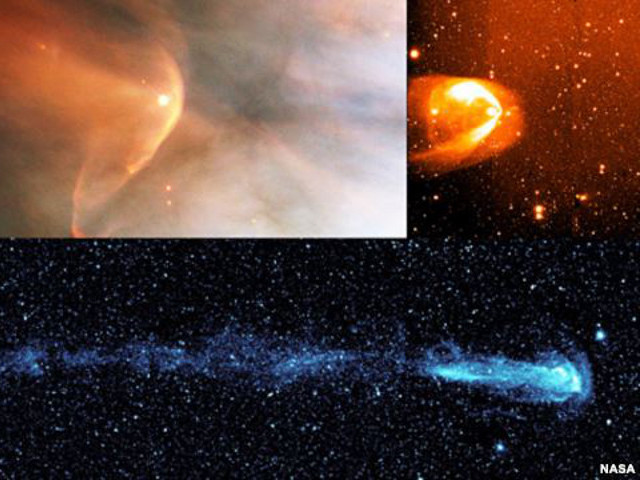 In form all these streams slightly resemble a four-leaf clover. According to the testimony of NASA, the American experts do not know exactly what the length of this plume.

With the help of the apparatus of the Ibex instruments NASA hopes to get an idea about the entire structure of the heliosphere, and also to establish where the border of the shock wave at which the deceleration of the solar wind.