The solar system will create a new sun 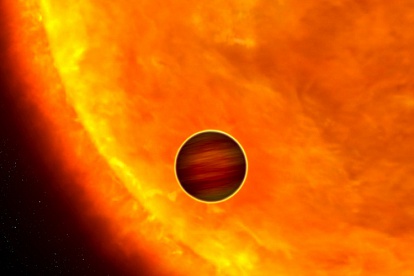 More than a dozen stars approaching the earth’s light can disrupt the movement of comets, asteroids and small planets from the Oort Cloud and “push” them deep into the Solar System close to Earth.

This conclusion was reached by participating in the mission of Gaia astronomers from the European Space Agency (ESA), who studied the behavior of more than 300 thousand stars.

According to scientists, 16 celestial objects will approach our Sun at the closest distance in the distant future.

However, the greatest perturbation of the orbits of cosmic bodies from the remote part of the solar system will be caused by the star Gliese 710 (Gliese 710). According to calculations, after about 1.3 million years, it will be from the earthly luminary at a distance of only 2.3 trillion kilometers – about 16 thousand distances between the Earth and the Sun.

Gliese 710 is a dull orange dwarf, its mass is about 60 percent of the mass of our Sun. It is distinguished by a slower speed in comparison with other stars. This means that the dwarf will have enough time to exert gravitational influence on the bodies in the Oort Cloud and pull them into the orbits of the Solar System.

In addition, despite the dynamics of movement, the Glise 710 will still appear as the brightest and fastest object in the night sky as it approaches.