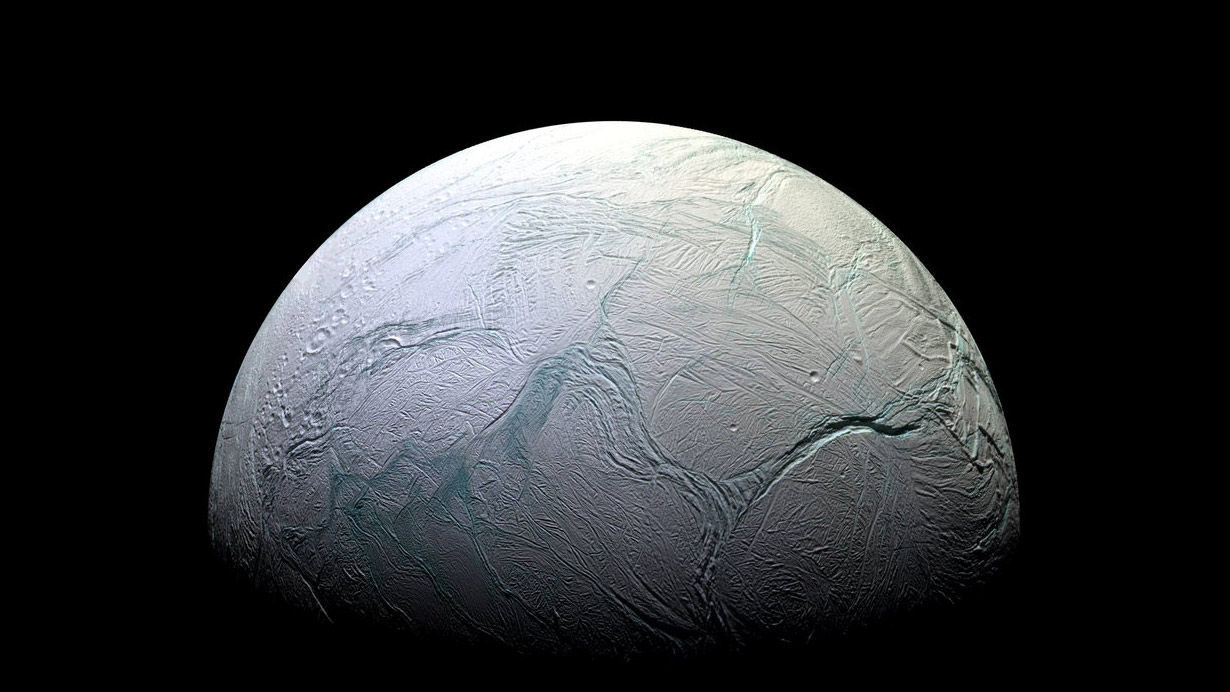 The ice satellites of the planets located in the outer part of the solar system have the potential for the birth of life, given that the oceans of water can be on their surfaces. However, for life, a source of energy is also required, allowing activities that are characteristic of living organisms such as growth, self-reproduction and movement.

So what can become a source of energy on the surface of a satellite of a planet located far from the Sun and receiving negligible amount of heat from our star? In the new scientific work, a model is proposed that helps to understand what effect tidal heating can have on the oceans of satellites of Saturn Titan and Enceladus, which are well suited for investigation by the mission of NASA and ESA “Cassini” (Cassini). Scientists are approximately aware of the thickness of the subsurface oceans on these planetary satellites, but the amount of energy produced by tidal scattering has so far remained unknown.

In this new study, conducted by a group led by Hamish Hay, a doctoral student at the University of Arizona, USA, leading work in the field of planetology, two different types of fluid resistance are considered that affect tidal energy dissipation in the oceans and predictions are made, How this resistance can affect the orbits of the satellites of the planets. These include: Rayleigh drag, used for laminar flow, and bottom drag, used for turbulent flows. In fact, the currents in the oceans of the planet’s ice satellites are largely turbulized.

Scattering of energy in the oceans of the satellites of the planets occurs because they experience a gravitational effect on the part of the planet both in connection with the changing distance to it, and in connection with the inclination of the satellite’s own axis of rotation to the plane of its orbit around the planet. In his model, Hay, along with colleagues, varied the thickness of the ocean and its coefficient of resistance. The results of calculations for this model, obtained by scientists, include valuable information on the amounts of energy that can be generated as a result of the scattering of tidal energy in the waters of the Titan and Enceladus Oceans, and also indicate that in the case of Titan such energy dissipation can reduce the rate of removal Satellite from Saturn, if the ocean turns out to be thick enough.