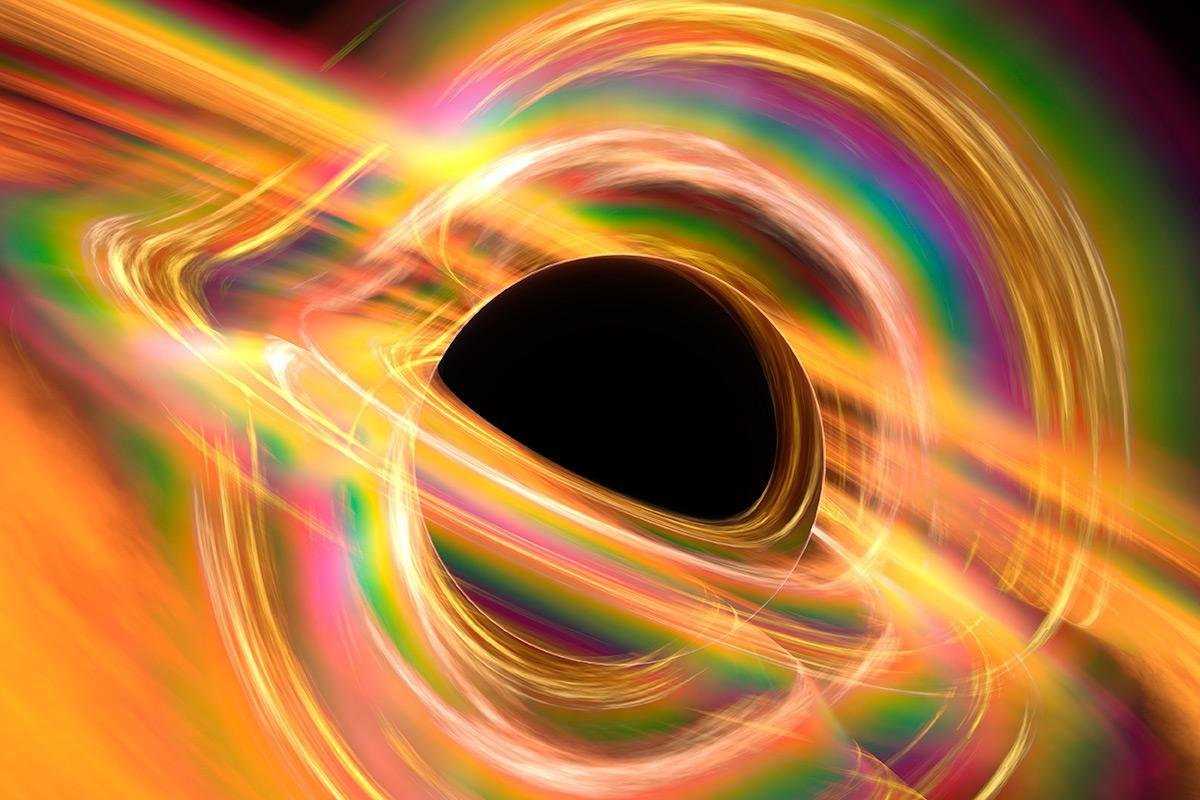 Researchers from Japan came to the conclusion that the source of mysterious rapid radio bursts (FRB) can be “stars” of dark matter, trapped in black holes.

Rapid radio bursts are single radio pulses of an unknown nature that are recorded by radio telescopes. FRBs last only a few milliseconds. At the same time, according to scientists’ estimates, such bursts release the same amount of energy as the Sun emits for several tens of thousands of years. There are no explanations for this phenomenon yet: some researchers believe that we may be dealing with certain “alien signals”, although this point of view is not popular in scientific circles.

Now Japanese scientists from the University of Nishogakushi attempted to explain the phenomenon. In their opinion, FRBs can arise as a result of the interaction of axion “stars” with accretion disks of black holes – massive structures around these objects.

Scientists believe that at the time when our universe was young, particles of dark matter – axions – stuck together and formed unique “dark stars”. The latter appeared near the centers of galaxies, where they could be captured by supermassive black holes. The accretion disk has its own powerful electromagnetic field. His interaction with the “stars” of dark matter leads to the fact that part of the axions decays, radiating photons. It is the photon beams that can register terrestrial devices as now well-known FRBs.

It is possible that this version also will not find support among representatives of the scientific world. However, it is worth saying that it is able to explain some points related to FRB. For example, why repeating radio pulses occurs at different time intervals. The point is that the axion “star” can pass through the accretion disk many times: until it is completely destroyed by the magnetic field. Perhaps, the final answers will be given to scientists after additional observations and new registered FRBs.

Recall, the first such signal was discovered by researchers in 2007 – it was called FRB 010724. It was a single, powerful and extremely short splash that lasted only a few milliseconds. Scientists have suggested that rapid radio bursts can be terrestrial signals mistaken for “messages from space”. The detection of new FRBs and the study of their spectrum using the radio telescope-interferometer “Molonglo” refuted this version. In other words, the source of radio pulses is located outside the Earth and, probably, even outside our Galaxy.