The space probe Juno is ready to rapprochement with Jupiter 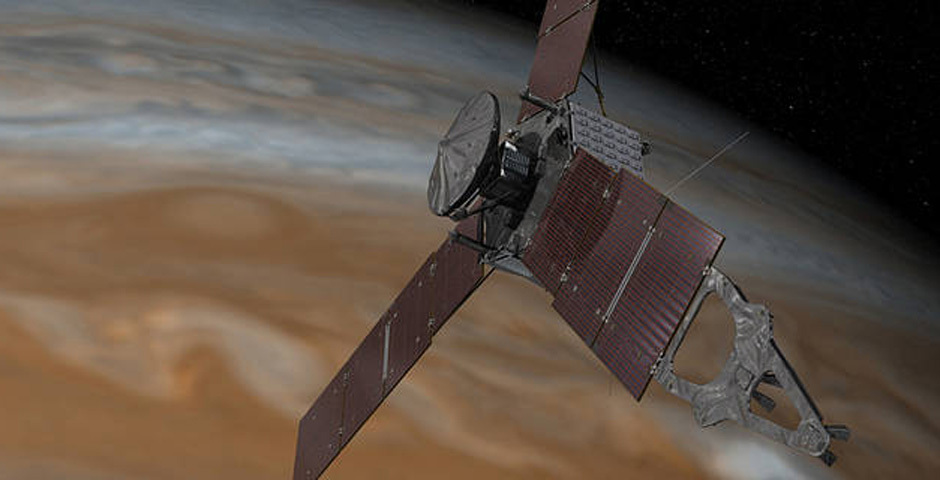 The Juno probe launched to Jupiter on October 18 ceased to apply signals. However, on 25 October, he “came out of hibernation”.

The Juno space probe, named in honour of the wives and sisters of the Roman God Jupiter Juno. According to the legend, Jupiter have covered yourself with a veil of clouds to hide from Juno his relationship with his beloved Europe (her name is Jupiter), but the wife still managed to see the true nature of God.

The probe was launched to study Jupiter 5 Aug 2011. The main purpose of its launch is to test the hypothesis about the existence of a solid core of the gas giant, as well as several other scientific hypotheses about Jupiter.

October 18, he “went into hibernation”, and causes the computer system to fail is unknown so far. 25 October at 20:05 Moscow time he suddenly again began to give signals, and NASA experts managed to carry out short-term inclusion of engines with Juno to prepare for the next job.

July 5, 2016, the probe went into orbit of Jupiter, and the first rapprochement between Juno to the planet occurred on August 27. During the second scheduled rendezvous contact with the probe was lost.

Now the duration of the flight of Juno in orbit is 53.4 per day. While convergence will lead to a lower orbit and will turn around around the planet for 14 days.

The Juno mission will end in February 2018. He was sent into the atmosphere of Jupiter where the probe will burn.