The space telescope Hubble has discovered a mysterious dwarf galaxy 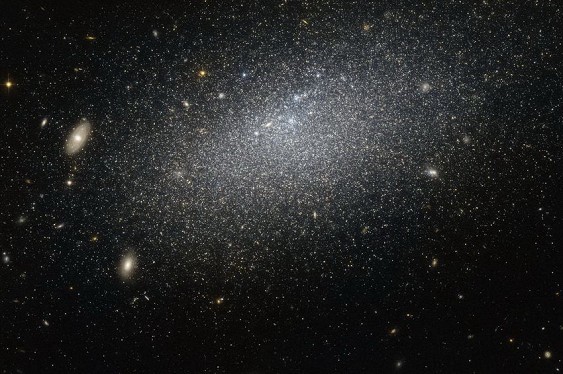 We are talking about the “star metropolis” called UGC 4879, the website of NASA. As shown by the study of this galaxy in the first 4 billion years after the Big Bang, it was an active process of star formation, but then for some reason he stopped for 9 billion years. The end to this weird “lull” came only 1 billion years ago.

The reasons for this behavior are still a mystery for scientists.

Another feature of UGC 4879 is its isolation. So, its nearest neighbor galaxy Leo A, is from her at a distance of 2.3 million light years (which is comparable to the distance between our Milky way and the Andromeda Galaxy).

Insulation UGC 4879 suggests that this galaxy has never interacted with other “star cities”. According to scientists, such “asceticism” does UGC 4879 is an ideal laboratory for studying processes of star formation, not burdened by the influence of other galaxies.