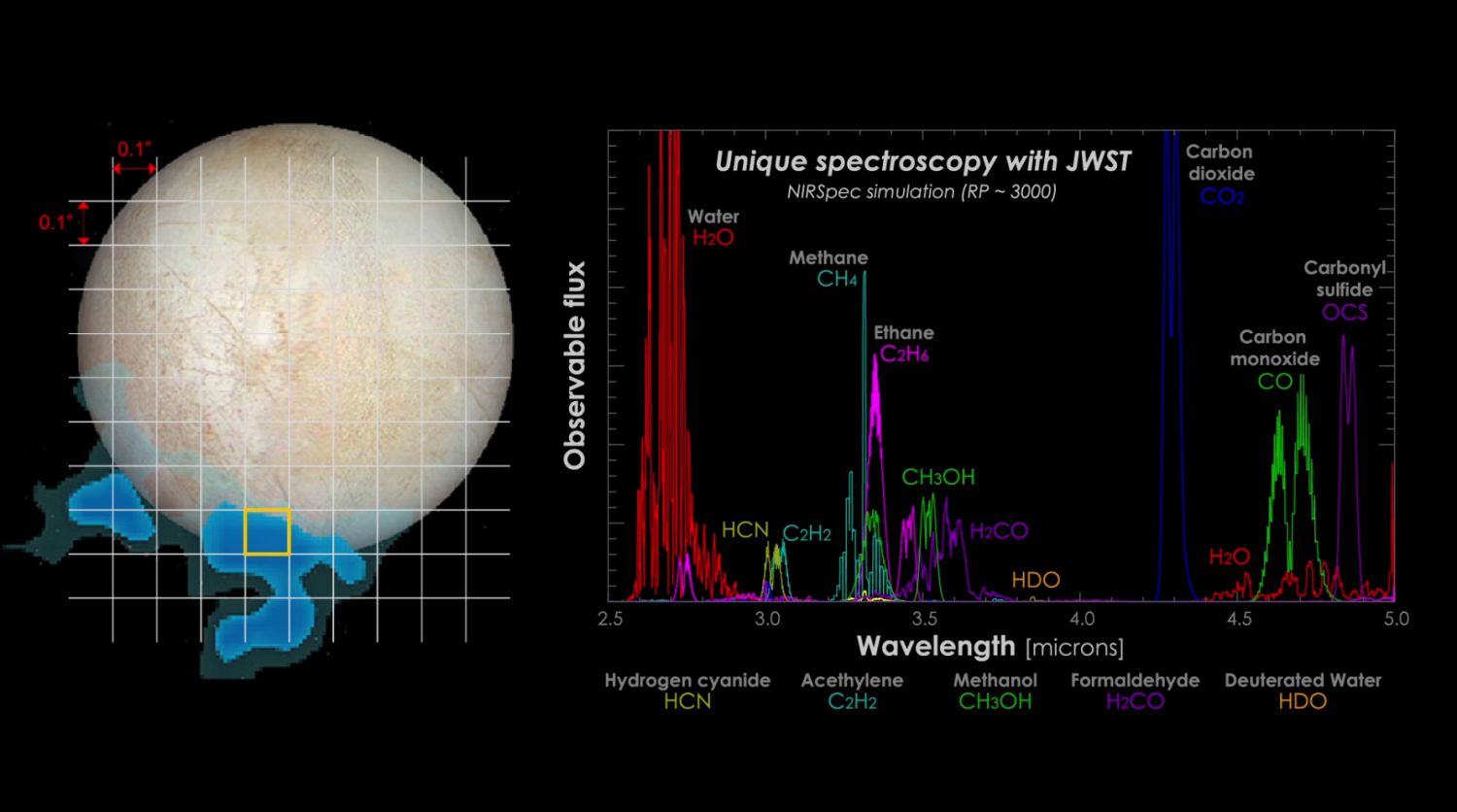 The James Webb Space Telescope (James Webb) will use its infrared capabilities to study the “oceanic worlds” – the satellite of Jupiter Europe and Saturn’s moon Enceladus – making a new contribution to the observations of these satellites of giant planets conducted earlier with the help of NASA orbits Galileo and Cassini. Observations conducted using the James Webb telescope will also help with equipping future missions with the icy satellites of gas giants.

Scientists are especially interested in jets of water escaping from under the surfaces of Enceladus and Europe and consisting of a mixture of water vapor and simple organic substances. NASA’s Cassini-Huygens and Galileo missions, as well as the Hubble Space Telescope, have previously revealed that these jets are the result of geological processes that heat subsurface oceans.

Scientists plan to use the near-infrared camera (NIRCam) of the James Webb space telescope to obtain high-resolution images of the surface of Europe, which will then be used to study its surface and search for hot areas on the surface, indicative of activity accompanied by the ejection from the surface of jets of matter , And active geological processes. After detecting the jet, scientists will use the near-infrared spectrograph (NIRSpec) tools and the mid-infrared instrument (MIRI) of the telescope for spectroscopic analysis of the jet composition.

In the case of Enceladus, its apparent size for observations using the James Webb observatory will be about 10 times smaller than in Europe, and obtaining high resolution images of the surface will become unavailable. However, the telescope will still be able to analyze the molecular composition of the Enceladus jets and will allow an extensive analysis of the features of its surface.