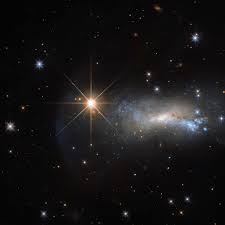 Scientists presented new data, showing that around the star HD 34445 revolves simultaneously six planets, which makes it a real multisystem.

For this system, scientists have observed for 18 years. During this period, scientists not only found out that there are so many planets in it, their mass and period of rotation, but also that this system is not similar to any system discovered by scientists.

The parent star of the system is approximately 175 light-years away from us in the constellation of Orion.