The station “Venus-D” can be equipped with floating probes 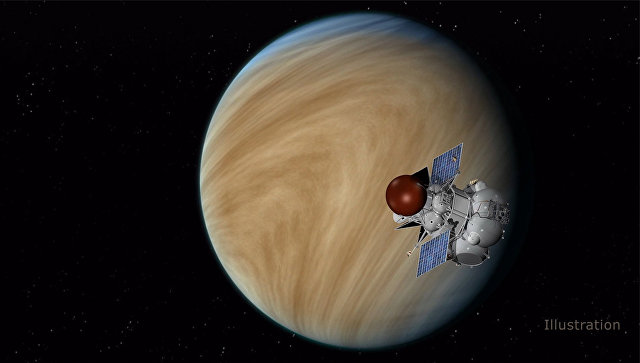 Orbital and landing modules of the automatic interplanetary station (AMS) Venera-D, to participate in the development of a scientific program involving experts from the Institute of Space Research (RAS) of the Russian Academy of Sciences and NASA, can be retrofitted with a mobile atmospheric platform or balloon probe, according to a report published in Monday on the website of the IKI Press Center.

“As a potential additional device, a mobile atmospheric platform or a variable-altitude balloon is considered, these devices must float in the clouds for several weeks, which is very important for studying the super -rotation of the atmosphere and the nature of the unknown ultraviolet absorber,” the report said.

In addition, the “Venus-D” can be supplemented with long-lived surface probes. According to the scientists, such probes will have to monitor conditions on the surface of the planet for at least half of the Venusian day (about 60 terrestrial days). So far, only 10 devices have worked on the surface of Venus, the total working time of which is just over 10 hours.

Scientists also consider as an additional element of the mission a sub-satellite for studying the plasma membrane of Venus.

As noted in the message, “The Venera-D project was originally conceived as a continuation of a series of Soviet spacecraft Venera, but at a new level, it was developed for a long time in Russia, but for a number of reasons was excluded from the Federal Space Program for 2016, 2025. Currently, it is assumed that its financing is possible within the framework of the perspective work on the creation of space complexes for the exploration of planets with the launch in 2026-2027.