Scientists from the University of Queens in Belfast believe that the mysterious object that recently invaded the solar system is covered with a thick layer of organic material half a meter thick, which prevented the destruction of the object as it approached the Sun. Simply put, this strange object has protection from the radiation of the Sun and was able to fly close to it without harm to itself.

The object was discovered in mid-October 2017. Scientists at first called it a comet, then an asteroid, but the nature of this guest from the far space is not fully understood and scientists even admit that this object is an alien spacecraft. Moreover, according to the results of the study, this object, which was given the name Oumuamua, is a metal body. And now it turned out that this “metal body” has protection from external influences. 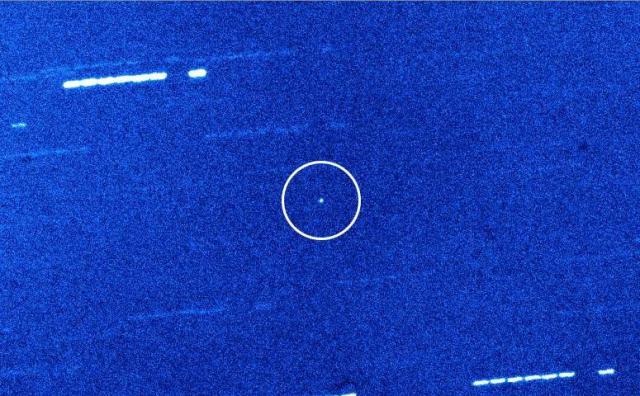 Oumuamua is the first interstellar object known to science to invade the solar system. The object of reddish color has a very elongated shape. Its length is about 200 meters. Oumuamua moves at a very high speed – about 25 km / sec.