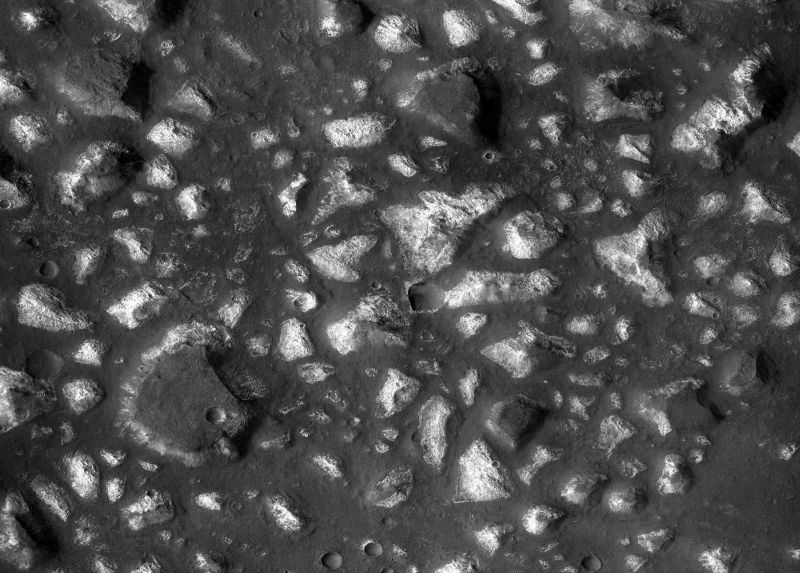 The discovery of hydrothermal deposits on the bottom of the ancient Martian sea allows for a deeper understanding of the processes of the origin of life taking place on our planet.

The new scientific report analyzes observational data collected using the NASA Mars Reconnaissance Orbiter (MRO) Compact Reconnaissance Spectrometer for Mars (CRISM) tool. These observations reveal massive deposits in one of the depressions in the southern part of Mars, called the Eridanya Depression. The authors interpret this data as evidence that these deposits formed as a result of heating the water upon contact with the substance of the volcanic active site of the planet’s crust, which appeared at the bottom of the great sea many years ago.

Standing water and volcanic activity can create conditions in which life can develop. Today, Mars has neither standing water nor volcanic activity, but researchers believe that these Martian hydrothermal deposits were formed back in antiquity, about 3.7 billion years. Similar hydrothermal conditions that existed on Earth around the same time could become a source of life on our planet. On Earth, so far, conditions exist in which life forms can exist at the expense of chemical energy derived from rocks without the participation of sunlight. However, in view of the fact that the Earth’s crust has a high activity, it is difficult to find geological evidence on our planet since the birth of life, therefore it is very important to study such evidence on the surfaces of other planets such as Mars,

With respect, this is intellectually insulting: wild speculation of geochemical conditions and trivialization of biochemical assembly, metabolism and reproduction. There are intractable problems to purely naturalistic processes. Chemical evolution is a myth, there are no cosmic evolutionary processes capable of the complex structure, design, order and operation of biochemical systems required for even the simplest organism. The homochirality essential in nucleotide amino acids, the homopolymerization of the DNA side chains, the nucleotide coding using information design, the cell membrane formation essential for what is required for colocation. coincidence, contamination mitigation and concentrations that are absolutely precise and should be the most profound and frequently reported issues, not wild speculation about volcanoes on Mars..