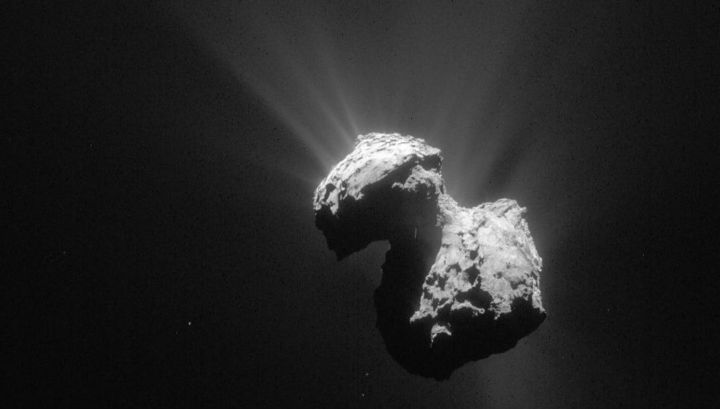 The oxygen molecules detected on the surface of the Churyumov-Gerasimenko comet (67 P) are extracted from its interior, and are not formed in chemical reactions under the influence of the solar wind. To this conclusion came a team of researchers led by Kevin Herit (Kevin Heritier) from the Imperial College of London. A scientific article was published in the journal Nature Communications.

The life-giving gas was discovered by the mission of Rosetta in the coma of the celestial body. Recall that a coma is a cloud of gas that appears around the nucleus of a comet, when the sun’s rays evaporate the ice contained in it. Basically it consists of water, carbon monoxide and carbon dioxide. But Rosetta, to the great surprise of the researchers, found that from 1 to 10% of the coma substance is molecular oxygen.

“The first discovery of molecular oxygen in the coma 67P was very surprising and exciting,” says Heritie in a press release from the new study.

Before that, O2 molecules have never been found in comets, although a light train of this so dear to the heart and lungs of earthlings was discovered around several satellites of Jupiter.

Of course, the question immediately arose where this substance came from. The simplest assumption is that the oxygen was on the comet initially, that is, it was a part of the material from which it was formed more than 4.6 billion years ago. However, in 2017, scientists from the California Institute of Technology proposed an alternative mechanism. 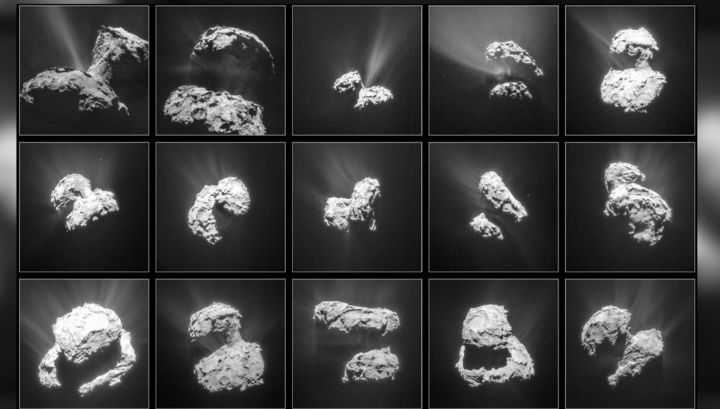 They came to the conclusion that energetic ions of the solar wind can react with oxides of silicon and iron, as well as other substances located on the surface of the comet. These reactions and produced, according to the researchers, detected oxygen.

The authors of the new study checked and rejected this hypothesis. They calculated how many vigorous particles are required for this, and compared this value with the results of observations of the solar wind.

In other words, the “surface” mechanism can work, but can not give all the observed oxygen. And this means that the dominant hypothesis is again the selection of O2, “conserved” in the nucleus of the comet. There are also a number of alternative mechanisms, but they are inferior to the observational data.

Data on the chemical composition of the cometary nucleus is very important, since it should not have changed much since the formation of the solar system. Looking “under the skin” of the nucleus of the comet, we get information about the conditions in which the Earth and other planets were formed.