The subsurface ocean can flee by one satellite of Saturn 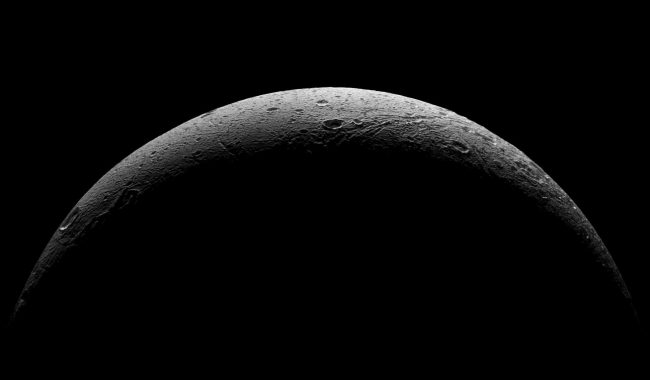 Last week scientists reported that under the surface of Pluto very deep ocean disappears. A bit later NASA declared that it found new proofs of existence of geysers on Europe (the satellite of Jupiter). Now the new research shows that one more space body can hide the whole ocean under the surface. It is about Diona, the natural satellite of Saturn.

For Dithis, fourth largest moon of Saturn, are observed from 1980th years. At first the satellite got to lenses of cameras of the Voyager space probe. Then the relay was adopted by the Cassini spacecraft. He made a set of pictures during five close flights near Saturn and allowed scientists to clarify that characteristic feature of this cold, lifeless at first sight, but at the same time the beautiful world from ice and a stone are deep canyons and high rocks. Results of early observations over this satellite hinted at existence to geological activity, however direct proofs that Diona is “live” inside here (in comparison with the same neighbor Enceladus at which burst of large geysers is often watched), at scientists wasn’t. 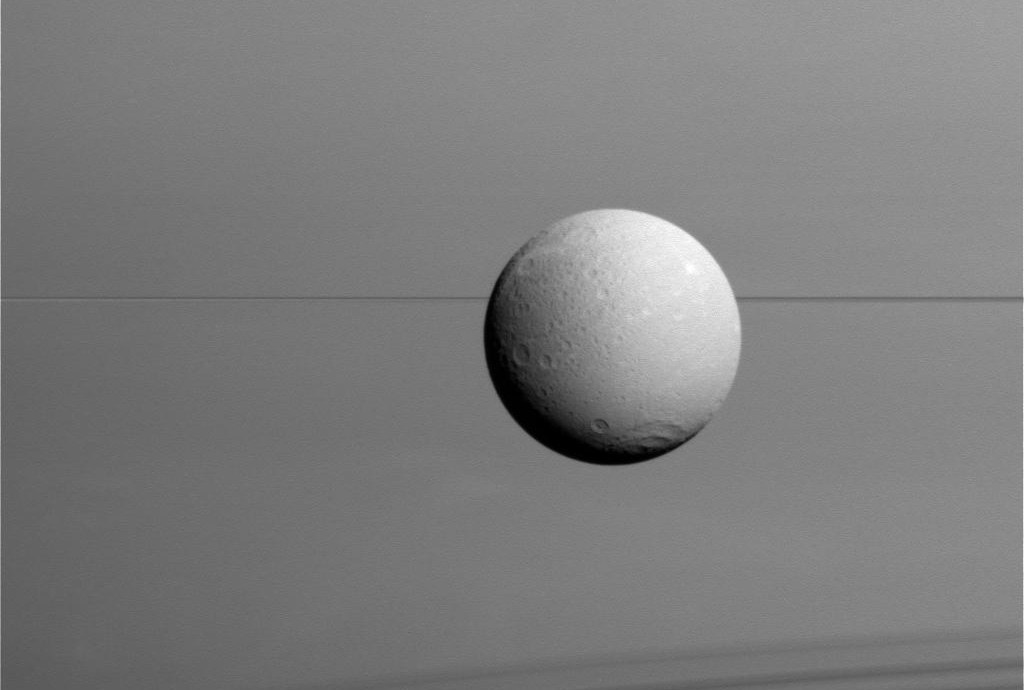 According to a new research, information on which has been published in the Geophysical Research Letters magazine, we, perhaps, have very underestimated Diona. The satellite can hide under the surface the liquid ocean from water, just like Enceladus. Geophysical models have allowed to come to such conclusion. These models, and also data on some anomalies collected by the Cassini spacecraft in gravitation of the satellite indicate that thickness of an ice surface of Diona makes about 100 kilometers. At the same time under her, very possibly, there is the whole ocean of water which depth can reach 65 kilometers.

What is interesting, about existence of the subglacial ocean on Enceladus scientists have at first learned from the analysis of his gravitational anomalies noticed by Cassini when that has made several flights by the satellite between 2010 and 2012 too. Every time because of gravitational influence of Enceladus at flight the device trajectory changed a little.

In 2014 researchers from Laboratory of jet propulsion have come to a conclusion that information transferred with Cassini indicates existence under an ice cap in the southern hemisphere of Enceladus of the subsurface sea. However one year later the independent research of a libration (slow fluctuation because of gravitational influence of Saturn) Enceladus has shown that under the surface of the satellite the global ocean can disappear.

“As for Diona, we have carried out the similar gravitational and topological analysis as it was in a case with Enceladus, but with use of more modern methods. Thanks to them we have obtained the evidence of existence of the subsurface ocean best today on Diona” — Mikael Bote, the astronomer from Royal observatory of Belgium says. 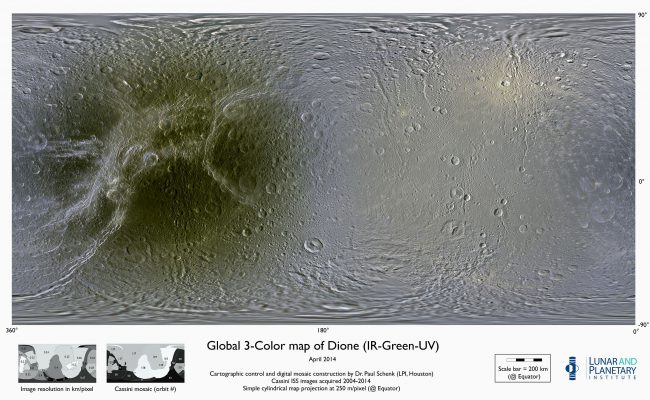 According to Bote, we won’t be able to confirm or confute presence of the ocean at Diona only due to measurement of a libration as it was in case of Enceladus, for two reasons: Diona has more spherical shape and, besides, its crust is much thicker. However there are also other reasons to consider that this companion has a subsurface ocean.

First, information on Diona’s gravitation also reports to us about presence at the satellite of the firm kernel constituting up to 70 percent of general radius of the companion. In case of disintegration the radioactive elements which are in a kernel make heat thanks to which the ice which is around begins to thaw. Most obvious, it also led to emergence on Diona of the ocean.

“We so far definitely don’t know – the stood or not this ocean. However freezing would cause global expansion that would be shown in certain types of cracks on Diona’s surface which on the companion weren’t observed yet” — comments on Bote.

Availability of ice rocks and a smooth surface can be too indexes of recent geological activity which, besides, would be quite difficult to be explained if Diona was a regular block from the stood ice and stones. Availability of geysers on Diona, similar subjects which were observed on Enceladus and Europe could put the end to determination of a present condition of the companion. But, unfortunately, geysers on Diona weren’t seen yet, and if to consider thickness of surface bark of the companion, then, according to Bote, not the fact that in general we will see.

For confirmation or confutation of availability of the ocean on Diona, the scientist says, “we need to send a new space mission for which it is necessary to wait very long”.

If conclusions of Bote about Diona finally are true, then for astrobiology the new field for interests will appear. If the ocean there really is and there is it throughout all history of Diona, then, quite perhaps, under suitable conditions microbic life could develop there.

One is already clear: oceans aren’t something unusual and unique for our Solar system and in particular Earth. Whether can mean it that such conclusion is fair also for life? To find it out, we need to continue researches.