The sun is cooling down 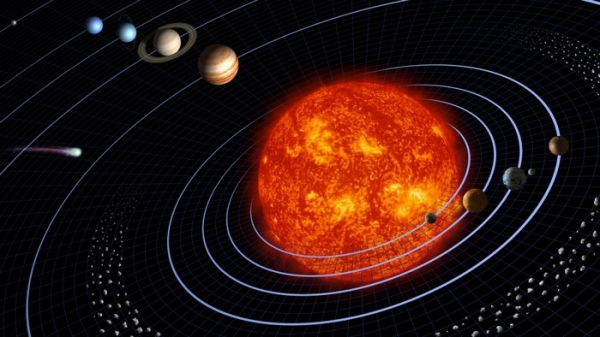 Recent studies have shown that the sun disappears. If they do not remain, the luminary will cool down, after which life on Earth will cease to exist.

An international group of astronomers from Harvard University beats the alarm. Recent studies have shown that the sun disappears. If they do not remain, the luminary will cool down, after which life on Earth will cease to exist.

Journalists asked the opinion of Russian scientists. Moscow ufologist Dmitry Shikhov shares the alarm of Western experts. According to him, complex processes in the cosmic luminary have been going on for a long time.

“On the Sun, plasma emissions have become more frequent, they, in turn, affect earthly cataclysms. Suffice it to recall 2005, then the outbreak on the Sun was more than thirty diameters of the Earth, and its length exceeded the record 350 thousand kilometers, “he said.

According to the expert, these processes can affect the cooling of the sun.

The apocalyptic script was sketched by futurologist Denis Komov. According to the scientist, in the case of the cooling of the star, our planet will not die right away, as it has an internal source of energy.

“Within 12 hours the temperature will drop to zero degrees. Without light, all plants will die, and the earth will turn into a block of ice, “Komov believes.

Meanwhile, astrophysicist Mikhail Degtyarev is more optimistic in his predictions. According to him, people should not worry about the imminent catastrophe.

“A large star like the sun can exist for 10 to 15 billion years. It is not difficult to calculate that about 4.58 billion years have passed from them, “the scientist pointed out.

Previously, the famous British physicist Stephen Hawking urged humanity to do more colonization of another planet. In his opinion, if this does not happen, people are threatened with extinction due to climate change, a collision of the Earth with an asteroid or overpopulation.