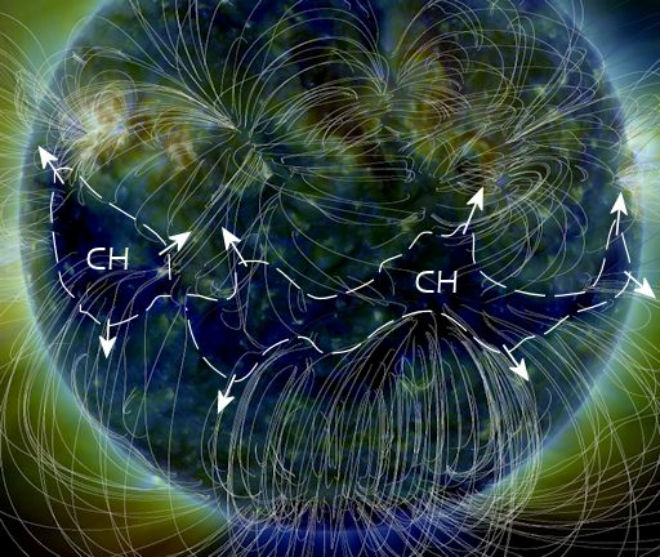 Unusually wide and winding hole opened in the Sun’s atmosphere, it extends as wound throughout the southern hemisphere.

The fan-shaped stream of solar wind flowing from this wide holes will buffet Earth’s magnetic field during the next two weeks. Most of the material will pass to the South of our planet, it is not considered an important event in space weather. However, steady sliding action of the solar wind will keep the polar magnetic field of the Earth in an unstable state until the end of February.

Overall, this is good news for Arctic observers of the sky, you can expect night episodes of the Aurora. Actually, a month may end in a spectacular light show. Long-term analysts suggest that geomagnetic storms G1 – and G2-class possible on 27-28 February, when the Earth will pass through the tail end of the stream of the solar wind.