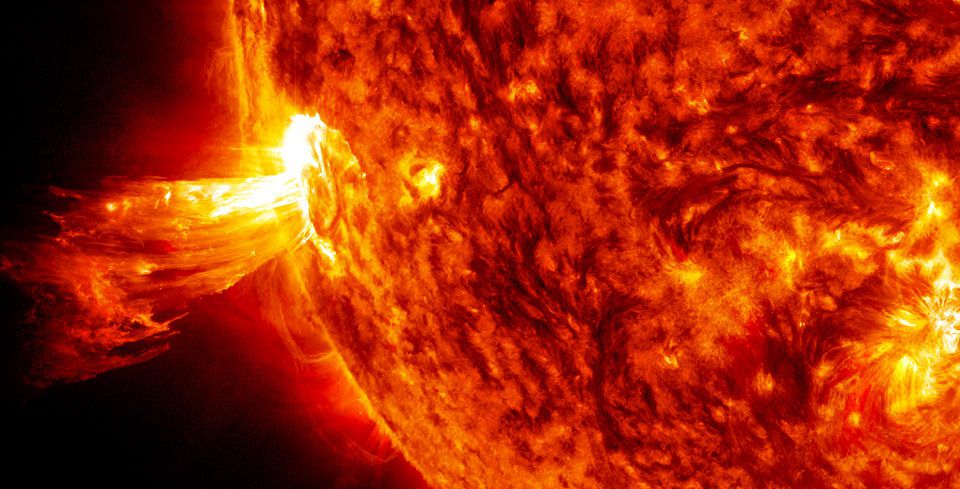 The magnetic fields near the western edge of the Sun’s disk recombined and exploded, sending a coronal mass ejection into space towards Mercury. According to the National Oceanic and Atmospheric Administration (NOAA) of the United States, this coronal mass ejection will pass by Mercury and past Earth, and therefore will not threaten with significant geomagnetic storms.

A small stream of solar wind crashed into the Earth’s magnetic field on October 7. Another stream of gaseous material must reach our planet late on October 10 and 11, which will lead to the appearance of polar geomagnetic storms and aurorae.

Geomagnetic storms can increase the density and change the distribution of density in the upper layers of the atmosphere, which will lead to the appearance of additional aerodynamic resistance to the movement of satellites located in low Earth orbit. Local heating also creates powerful horizontal heterogeneity of the ionospheric density, which can change the path of radio signals and cause errors in the location of the GPS system. And while these geomagnetic storms are accompanied by awe-inspiring auroras, they can damage navigation systems such as the Global Navigation Satellite System (GNSS) and also create dangerous electrical currents in power networks and pipelines.

NOAA reports that solar activity in October promises to be very low – within a month only one C-class event is expected with a relatively low probability. Increased geomagnetic activity is expected on October 15, 26 and 27.