The surface of Europe can “absorb” the spacecraft when landing 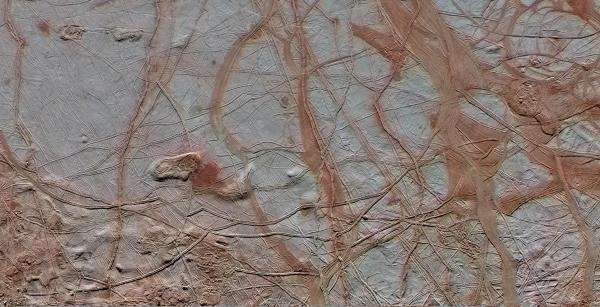 Nelson and his team studied the photopolarimetric properties of bright particles under laboratory conditions, thereby explaining the unusual negative polarization observed for several decades at small phase angles for celestial bodies that do not have an atmosphere, including asters (44) Nisa, (64) Angelina, and also Galilean satellites Io, Europe and Ganymede.

These observations are explained by extremely small particles, the voids between which make up more than 95 percent of the volume. The particle sizes are comparable to the wavelength at which observations are made (micrometer fractions). This corresponds to the fact that the density of the material is less than the density of freshly fallen snow – and this raises questions about the safety of landing the probe on the surface of Europe.

Observations were made using a goniometric photopolarimeter of an innovative design installed in one of the premises of the Mt. San Antonio College, California, USA. Aluminum oxide (Al2O3) powders were used for the study, which is a good analog of the regolith of heavenly bodies that are bright in reflected light and devoid of atmosphere.