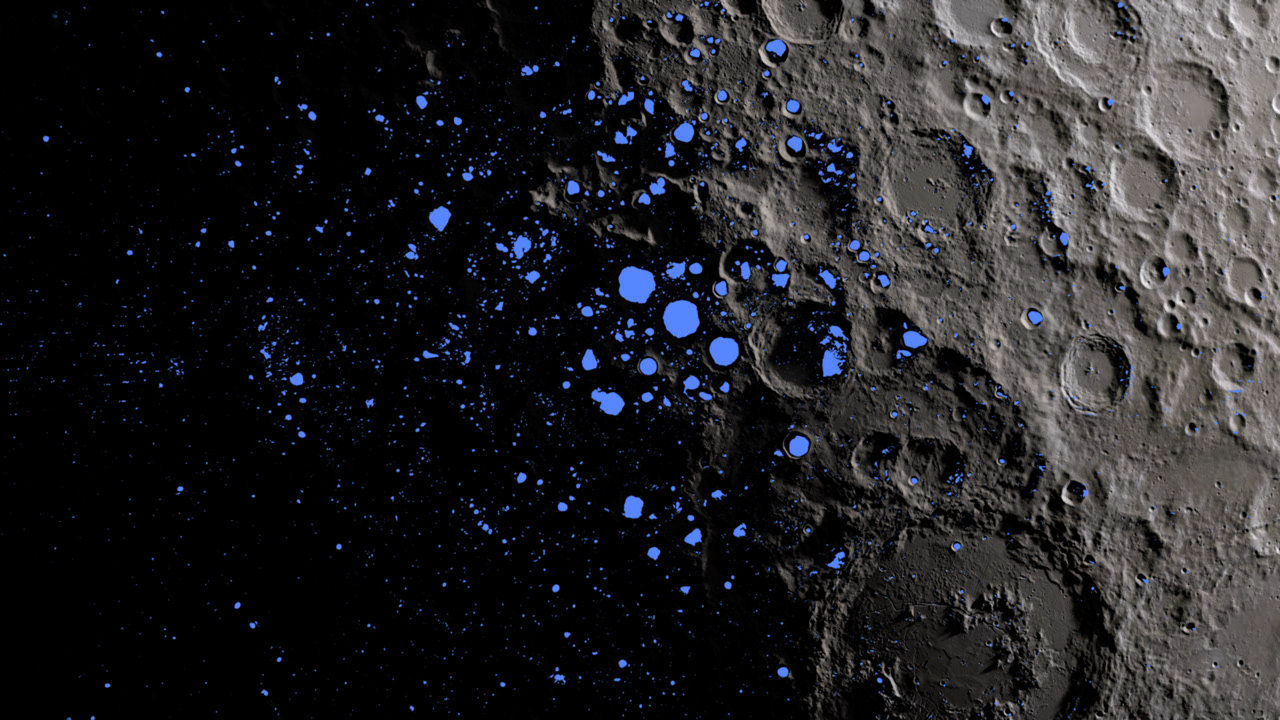 Powerful solar storms can electrically charge the soil in the polar regions the surface of the moon that are in perpetual shadow (permanently shadowed regions, PSR), and may provoke the appearance of “sparks”, under which the melting and evaporation of rocks. The number of destroyed thus rocks comparable to the number of breeds evaporated in the bombing of the lunar surface meteoroid impact, the researchers from NASA. These changes of structure of matter of the moon’s surface can be observed in future analyses of soil samples from areas of PSR, which can be the keys to understanding the history of the moon and the Solar system.

The moon is almost completely devoid of atmosphere, so space environment impacts directly on its surface. Drop small meteoroids constantly “loosen” the top layer of the surface of the moon consists of dust and rocks called regolith.

“About 10 percent of the rocks of this “loosened” the layer has been melted or vaporized as a result of the falling meteoroids, – said the chief author of the new study, Andrew Jordan (Andrew Jordan) from the University of new Hampshire, USA,. We found that in permanently shadowed areas of the lunar surface sparks that occur under the action of solar storms, can melt or vaporize approximately the same amount of substance”.

The proposed mechanism of such “foaming” of sparks is as follows. First, under the action of high-energy radiation of the Sun the lunar soil is charging, while small in size the electrons penetrate into the layer of soil at a relatively great depth compared to the larger positive ions. Thus is formed a double electric layer. Under normal conditions, the formed electric double layer continuously and quickly discharged, however, in the PSR-areas for discharge layer can occur kinetic limitations, and the charge will accumulate, until then, until there is electrical breakdown of the dielectric layer between the charged layers, similar electrical dielectric breakdown of the capacitor when the maximum allowable voltage. This breakdown is accompanied by a sharp decrease in the electrical resistance of the dielectric, and the emergence of powerful channel currents, melting and evaporating rocks in the surface layer of lunar soil, explain Jordan and his team.