The surface of the pluton blushes due to atmospheric effects 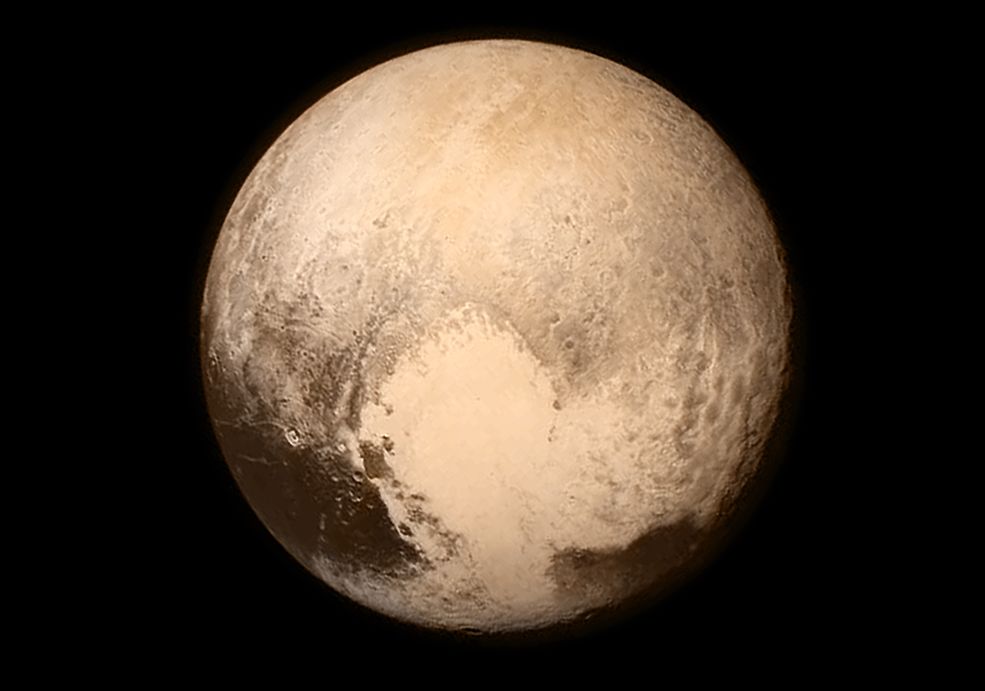 The surface of a dwarf planet can darken and blush under a misty blue sky. This unexpected effect was noticed when the New Horizons probe passed, and a message about it was made by program participants at the 48th lunar and planetary scientific conference in The Woodlands, Texas. The fog formed by atmospheric particles, of course, settles on Pluto everywhere, but some regions still appear more intense than others. Apparently, the effect is due to the “collapse” of individual areas and the not so powerful local atmosphere: collapsing, they open the way to cosmic radiation, which also color the surface.

In general, the atmosphere of the neighbor turned out to be more complicated than it seemed when looking from the Earth. “The smoke of Pluto’s atmosphere was a tremendous surprise,” said participating in the program Andrew Cheng, a physicist at the Johns Hopkins University. When the New Horizons probe flew past Pluto in 2015, scientists did not expect to find a distinct haze nearly 200 kilometers above the surface of the planet, as well as its division into about 20 layers with different properties.

It can be assumed that the layered structure of the atmosphere is the result of the action of weak winds blowing over the surface of Pluto. Cheng and his colleagues describe how the winds will form layers of the atmosphere, in an article adopted in the journal Icarus. The preprint of the article is available at arXiv.org. The team of authors also explains how the atmosphere can affect the color and other features of the surface of a dwarf planet. According to Cheng, the haze particles constantly fall to the surface and this process would have smeared the “colors” all over the surface to an even color, but Pluto is not monochromatic, it’s one of the most contrasting celestial bodies in the solar system. Apparently, this is the case in the periodic collapse of the sections of the atmosphere with the deposition of frozen gases on the surface of the planet and subsequent irradiation from space. Without this it is difficult to explain the abundance and intensity of red color.

It should be noted here that Pluto is now moving away from the Sun, which makes freezing and precipitation in the form of a sediment of the whole atmosphere or most of it possible. As far as this process is inevitable and global, one can only guess: the year on Pluto continues 248 terrestrial years, and the planet was discovered only in 1930 and most of the time was observed according to the capabilities of the technology of those years, that is, symbolically.