The system of planets can hide near the Earth 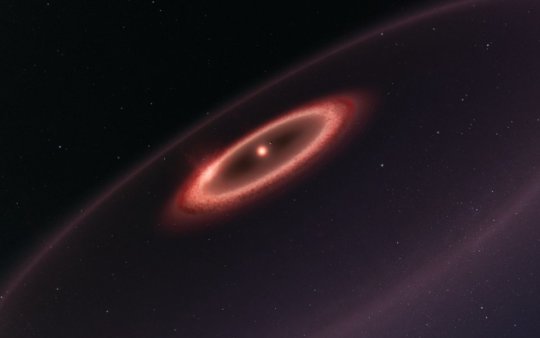 A new discovery was made by the ground-based observatory ALMA, which is located in the desert of Chile. Scientists have managed to dust around the closest star to the Solar System, which is known as the Proxima Centauri.

The obtained data show the presence of a cool external dust belt around the above-mentioned star. This leads scientists to the idea that a whole system of planets can be carefully concealed here. Up to this point, researchers have known only one planet in this planetary system.

Proxima Centauri is the closest star to the Sun. It is a faint red dwarf, located just four light-years from us in the southern constellation Centauri. (Centaur). In 2016, the planet closest to Earth was discovered in this system. The new observations of the ALMA observatory show the emission of clouds of cold cosmic dust surrounding the star. This is the first sign of the presence of planets here. It is in the cold star dust that planets are evolved and evolved. Based on this fact, astronomers are going to at all costs find hidden in the stellar dust of the planet around Proxima Centauri.