The telescope “James Webb” was moved to the spring of 2019 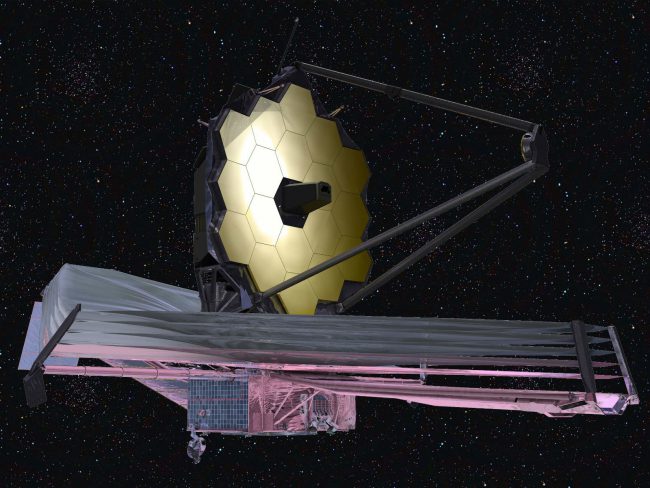 If you, like us, have counted the days before the NASA aerospace agency launches the most modern space telescope in the world into space, then we have bad news for you – we will have to take it further. Before the withdrawal of the Space Telescope “James Webb” there was about a year, but, apparently, we are waiting for another transfer of the launch.

The reason for the delay is the American aerospace agency explains the integration of parts of the telescope into the spacecraft, which took “more time than planned.” As a result, the launch itself was decided to be moved to the spring of 2019. It will take place between March and June. NASA assures that the transfer “is not connected with any technical problems with the telescope”.

The fact is that the James Webb telescope itself is very large and much more sophisticated in terms of technology compared to other devices of this class. And its installation inside the spacecraft that delivers it into orbit looks much more complicated (for example, it is necessary to install 100 sunscreens, each of which must be checked beforehand), which in the end requires more time. NASA notes that they are selecting a new window to launch with their partner, the European Space Agency, whose Ariane-5 launch vehicle will take the device to near-earth orbit. If there are no more transfers, then the launch will be made from the same launch pad in French Guiana, which was previously planned, but in 2019.

The James Webb Space Telescope is the most modern and most powerful space telescope in the world. This infrared-based space observatory has a composite mirror with a diameter of 6.5 meters and will study exoplanets (for example, the planetary system Trappist-1), as well as various objects inside the solar system.

To date, the total cost of the project to create a telescope is $ 8.7 billion. His assembly was done at the Goddard Space Center in Greenbelt, Maryland, USA, as well as at the Johnson Space Center in Houston, Texas. As mentioned earlier, engineers and scientists want to make sure that the telescope is properly assembled and will withstand all the overloads that it will have to experience mainly during launch. In the end, the project invested not one billion dollars and nearly two decades of work of hundreds of different specialists.