The theatre of shadows created by the exoplanet and its star 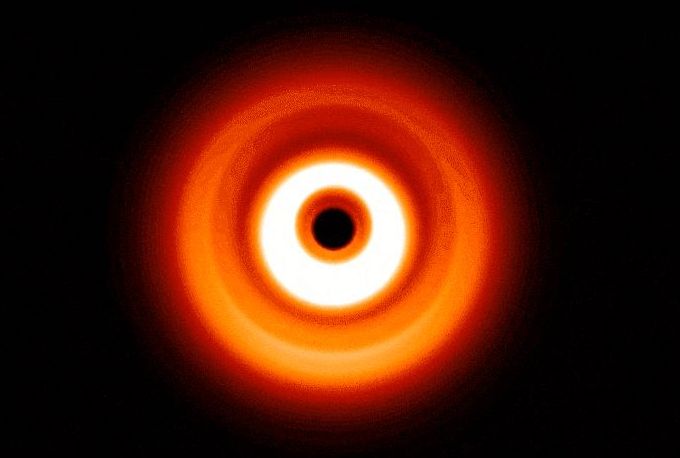 A planet hiding in the dust cloud around swezy TW Hydra, talked about himself a little bit more than other exoplanets: scientists have even pictures of her shadow. Yet this is the most clear evidence of the existence of a planet from another star, which can boast of astronomers. The search for exoplanets is tricky. Still humanity there are no pictures of planets from other star systems, although scientists believe in the existence of thousands of such objects. Usually that revolves around a star of rock or gas ball, you can see a slight change in the brightness of stars, which occurs when the planet passes between Earth and its sun. This notice is not in the pictures, and the reduction peaks on the screens of the devices.

But the pictures were analyzed by a group of astronomers from the Institute of space research with the space telescope in Baltimore, Maryland, was a little more “talking” than previously obtained: you can see the shadow which the planet casts a cloud of gas and dust surrounding the star TW Hydra.

TW Hydra is relatively close to us: from the Earth it separates less than 200 light years. The star 8 million years (our Sun is almost half), but their masses are almost identical. The managed to find by checking the archives of the space telescope “Hubble” for the past 18 years. 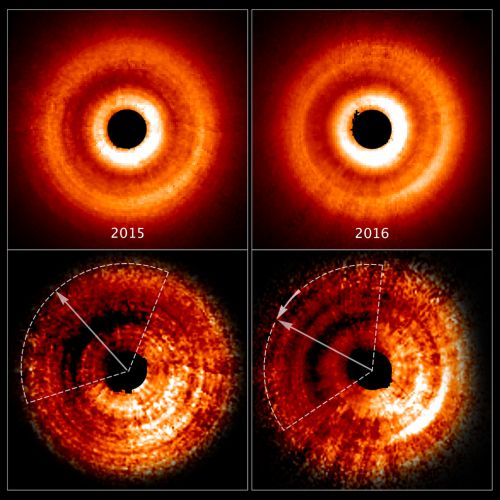 Photos found among the hundreds of thousands of other pictures of “Hubble”, was unique: it was clearly visible darkened area in the middle of gazopylevogo clouds, stretching the disk around the star. The diameter of the shaded area of the space, according to calculations of the head of the research group of John Debs (John Debes), is about 65 billion kilometres.The conclusion that the shadow it casts exoplanet, is not made immediately. The first clue for astronomers was the displacement on the surface of the disk. First data fell into the hands of scientists, was received “Hubble” in 2005, but it wasn’t enough.

Then the astronomers turned to the archives of the spectrometers of Hubble in the past and subsequent years. It turned out that the shadow moves through the dust cloud in a counterclockwise direction. In 2016, she returned back to the position where it was first noticed in 2000. 16-the summer has surprised scientists. They were inclined to believe that the shadow is part of the cloud, but structure on the edge of the cloud, 16 years is too small period of treatment. John then Debs came to the conclusion that the dimming in the pictures — not the physical object itself and the shadow of something that is to the star, so close that he can’t see neither the Hubble nor any other earth telescope.

A guess about the planetary origin of the shadow confirmed the observations made with the help of the Chilean telescope ALMA. ALMA data showed that gas-dust cloud around TW Hydra subject to some uctuations. To explain these fluctuations can be the gravitational effect of the planet. Scientists estimate that the planet must be at a distance from its star is approximately equal to the distance from the Earth to the Sun, and its mass should approximately equal the mass of Jupiter to the planet’s gravity was enough for the “rocking” of the cloud. And the latest ALMA data show a thin thread of emptiness in the cloud, which can be followed by the planet clearing a path through the gas and dust.

The results of the research astronomers presented at the conference of the American astronomical society on 7 January.