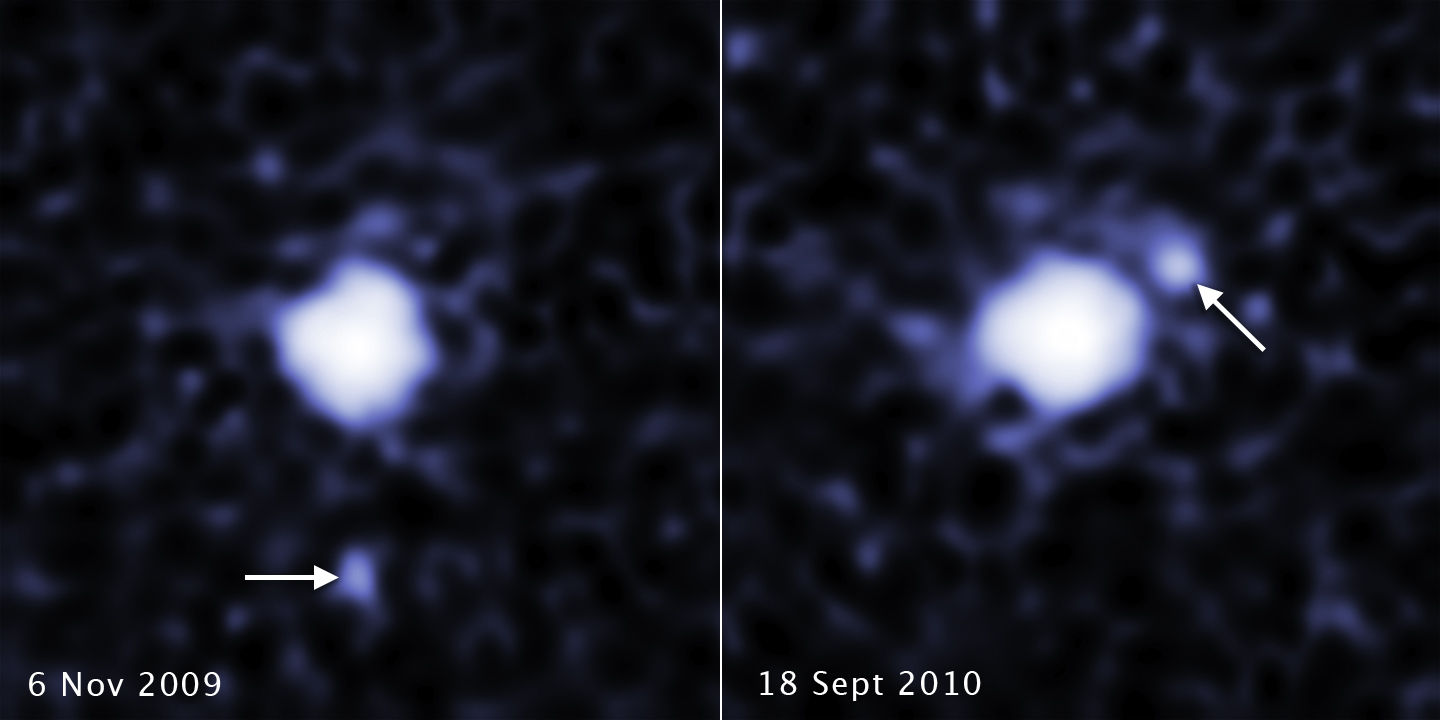 The combined capacity of three space observatories, including NASA’s Hubble Space Telescope, helped astronomers discover a satellite that is circling around the third largest dwarf planet, named 2007 OR10. This pair is located on the cold edge of our solar system, called the Kuiper belt, in the realm of ice fragments that have remained since the formation of our solar system, which took place 4.6 billion years ago.

Now, thanks to this discovery, it can be argued that most of the known dwarf planets with a diameter of over 1000 kilometers, located in the Kuiper belt, has satellites.

“The discovery of satellites around all the large dwarf planets known to us – with the exception of Sedna – means that when these bodies were formed billions of years ago, collisions were more frequent, and this allows us to impose new limitations on models for the formation of planetary bodies,” said Chaba Kiss (Csaba Kiss) from the Konkoy Observatory, Budapest, Hungary. He is the main author of scientific work, in which the discovery of this satellite is reported. “If there are frequent collisions in the system, the probability of satellite formation is significantly higher.”

This scientific team discovered a satellite on archival images of a dwarf planet 2007 OR10, made with the Hubble camera Wide Field Camera 3. Astronomers noticed this satellite in two different series of images taken with the Hubble at intervals of one year. The images showed that this satellite is gravitationally connected with the 2007 OR10, as it moves along with this dwarf planet against the background of the stars.