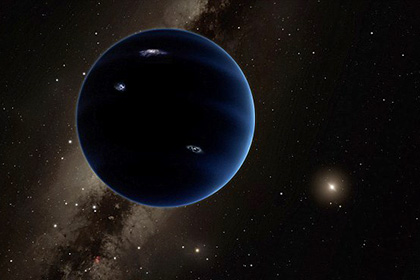 Astronomers have studied the effect of Planet X on the current dynamics of the Sun and giants. It turned out that it explains the tilt of six degrees between the plane and the Laplace plane of the solar equator. Scientists built an analytical model describes the amount of tilt depending on the mass, eccentricity (parameter of elongation of the orbit), semimajor axis of the orbit of Planet X and the characteristics of giants. Previously, similar conclusions were made by the astronomers Elizabeth Bailey, Konstantin Batygin and Michael brown of the California Institute of technology (USA).

On the possible discovery beyond the orbit of Pluto Planet X scientists reported in mid-January 2016. A potential ninth planet of the system revolves around the Sun in an elongated orbit (and inclined relative to Earth’s orbit plane) with a period of 15 thousand years, and physico-chemical properties reminiscent of Neptune.