The United States is preparing for a catastrophic solar flare 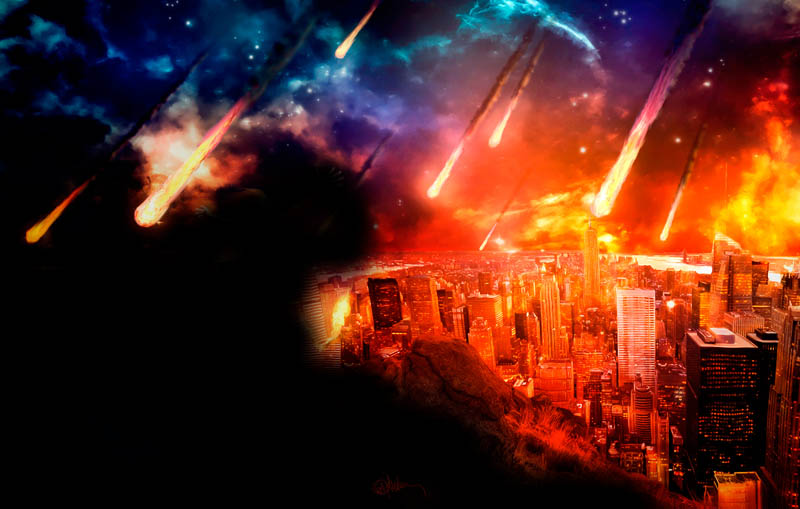 Emergency event is on a cosmic scale for several months to destroy the power and make useless mobile phones and the Internet. If the United States will carry out research alone, it would cost them more than 2.6 trillion. dollars

After a powerful solar flare in 2012, almost reached Earth, the White House began to prepare for the threat. The main strategic goal was the creation of an early warning system similar synoptic forecasts that can notify 15-60 minutes before the start of the event, and protection of power systems

The US government is preparing for a catastrophic solar flare, which in a few months can destroy the energy around the world.

Because today the world is at a higher stage of development and more dependent on technology and technology, experts predict that the consequences would be devastating.

The powerful electromagnetic pulse (MEI) from solar flares can destroy the power that put an end to modern civilization in its modern form as will make useless mobile phones, credit cards and the Internet.

According to a report published in 2008 by the National Academy of Sciences, if the United States will conduct research without the participation of other countries and organizations, they will cost the country more than 2.6 trillion. dollars.

The report said that power outages after a heavy-duty solar storms can last for several months or even years if the will be damaged transformers.

Such catastrophic solar storm occurred in 2012, but it took the Earth’s orbit, without affecting the planet.

With a probability of 12% of the scientists are predicting that in 2022 it will overtake the earth, and the White House is preparing a plan in case of emergency.

“Frankly, it could become one of the most serious natural disasters, which may face our country and much of the world”, – said John Kappenman, which monitors space weather.

“Space weather is a natural phenomenon, and we must not forget that at any time it can have a significant negative impact on the economic and social wellbeing of the nation”, – he said.

Currently, a plan of activities related to space weather and the United States prepare for a disaster strategy.

The plan, which consists of six stages, includes the creation of scales to accurately measure the level of threat, like the Richter scale that characterizes the earthquake, as well as improving forecasting technology.

One of the biggest dangers of space weather is the fact that now in the Synoptics only 15 to 60 minutes in order to prevent a catastrophe.

The plan calls for the launch of new satellites into space and the creation of new technologies in the world, as soon as possible to inform about the impending threat.

Studies also include hands-on experiments that show how a disaster will affect the US and allow the government to create a plan for rapid response and rebuilding infrastructure after the incident.

In accordance with the strategy, if the events unfold on the worst-case scenario, to eliminate the consequences will be involved in educational institutions, academia, government agencies, the media, insurance companies, non-profit and private sectors.

To achieve this, the government has already begun to take some measures, for example, to replace old satellites, which are crucial for predicting solar storms.

We developed methods to protect against space storm electric networks, to prevent the complete destruction of the energy sector. Also consider the possibility of failure of the high-voltage transformers, which are destroyed by the action of electromagnetic pulse.

However, “much remains to be done” to protect America from the threat.

The US government also understands that the threat is global in nature, and calls on other countries to make common measures to combat the effects of such an event.

These measures are similar to measures to deal with natural disasters such as hurricanes, earthquakes, droughts and wild fires.

Major solar flares are caused by the accumulation of magnetic energy, which is then released by emitting bursts of radiation throughout the solar system.

In our solar system there is a constant stream of particles emitted by the Sun and known as solar wind.

Streams of particles and radiation vary in frequency depending on solar activity, and often move in ways that are far from the Earth. However, about every 100 years, the Earth is threatened by its star.

The last powerful coronal mass ejection hit Earth, known as the Carrington event was sunny geomagnetic storm in 1859. Scientists theorize that it was the largest in the last 500 years.

In March this year there was a large solar flare interrupted the broadcast in some parts of the world. 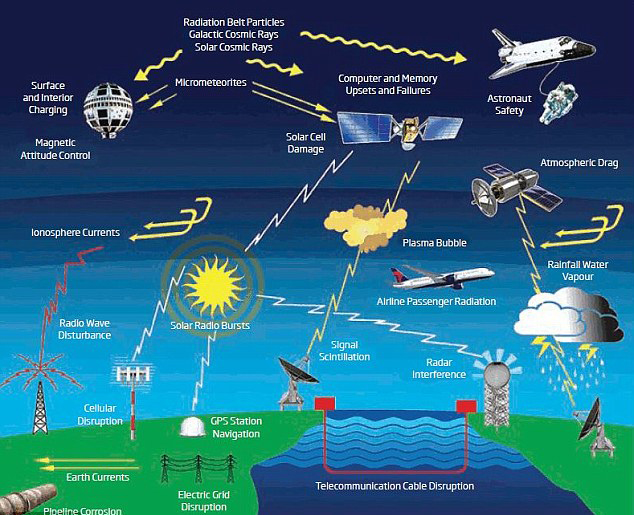 According to research, a powerful solar phenomenon disrupt transport links, as well as bring down satellites.

The destruction of the GPS system would entail the failure of train control systems, resulting in delivery of goods will suffer, and the destruction of the satellite and radio communications at high frequencies does not allow aircraft to fly, that would be a tragedy of global proportions.

Plants for drilling is also largely dependent on GPS, ensuring the accuracy of their work, so its destruction can lead to a drop in oil production and the disappearance of fuel in the tanks of vehicles.

Damage to the power network will lead to blackout certain regions.

Experts warn that people should prepare emergency kits with supplies of fresh water, food and medical supplies that will be needed during the first 72 hours after the accident.

While some people quietly waiting for the end of the world, others make food supplies, water and medicine, as well as investing their money in gold rather than in banks.

Some scientists suggest using a Faraday cage – insulated grounded metal container that will protect its contents against electrostatic and electromagnetic influences.

Astronauts are out of immediate danger because of its relatively low orbit manned flight.

The subject of their concern should be the cumulative effect during spacewalks. The charged particles are also threatened by the airlines, because disturbed Earth’s magnetic field.

Very large outbreaks create currents in electric systems and bring them down.

The only positive point, and then only from the aesthetic point of view, is to strengthen the aurora.

Geomagnetic storms are now more devastating than in the past century, as we are increasingly dependent on technology, which is driven by an electric shock.