The United States was going to return to the moon 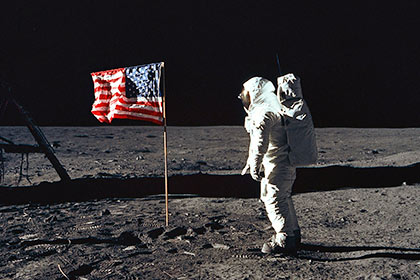 The house of representatives of the Congress of the United States, considering Federal budget for next year, advised NASA to forget about the mission to capture an asteroid and return to manned flights to the moon, reports The Space Reporter. According to members of the lower house, it will develop technology for a future trip to Mars.

The administration of President Barack Obama for a long time thought that one of the main directions of the US space program until 2015 should be a manned mission to the asteroids that could serve as a springboard for missions to Mars. It was planned that the asteroid will transfer to the moon using a special spacecraft, where they will be able to visit the astronauts. However, now that a second term of Barack Obama’s presidency came to an end, the Congress advised the space Agency to reconsider priorities.

To the needs of the asteroid mission, NASA requested 66.7 billion, however, Congress rejected the application, explaining that it is necessary to return to manned flights to the moon. In the opinion of the house of representatives, the Moon is the best springboard for development of the technology needed to travel to Mars, scheduled to make in the middle of 2030-ies.

The American astronaut-researcher Leroy Chiao agree with the position of the legislators. According to him, the next generation of astronauts and space engineers have to test their knowledge and skills on the moon before you can conquer the Red planet. In addition, Earth’s natural satellite is the best testing ground for technologies than the asteroids.

For flights to an asteroid, NASA developed the spacecraft Orion, which was previously intended to fly to the moon. It is likely that a change in priorities this ship will return to its original mission.