The universe can die at any moment 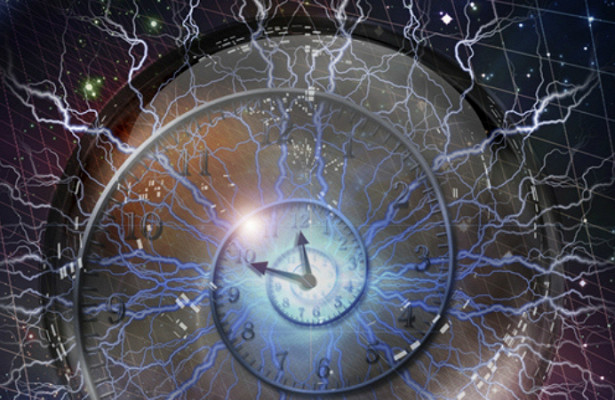 Physics BFU them. I. Kant considered one of the possible mathematical models of dark energy, and found that the future of our universe can be much more unpredictable and catastrophic than previously thought.

“Taking into account a new class of singularities (states in which one or another parameter becomes infinite) makes the future of our Universe unpredictable and dangerous.” In this paper we showed that some singularities can arise quite suddenly, practically at any time. the galaxies of such a catastrophe will not survive, “said one of the authors of the study, Professor BFU named after I. Kant Artem Yurov.
In the late twentieth and early twenty-first centuries, a number of important discoveries were made in cosmology: indirect evidence of the inflationary expansion of the universe, dark matter and energy, and gravitational waves were discovered. In 1998, scientists discovered that our universe is not just expanding, but expanding with increasing speed.

The reason for this acceleration is the scientists consider the so-called “dark sector” of the universe. According to observational data, the total content of our Universe is only 4.9% of the baryonic matter we are accustomed to, the remaining 95.1% fall on the “dark sector”, which consists of mysterious dark matter (26.8%) and an even more mysterious dark energy (68.3%).

About what dark energy is, there are three main hypotheses. According to the first, dark energy is a cosmological constant – a constant energy density uniformly filling the space of the universe. The second hypothesis defines dark energy as a kind of quintessence – a dynamic field whose energy density can vary in space and time. By the third, dark energy is a manifestation of modified gravity at distances on the order of the size of the visible part of the universe.
“The future of our universe depends on which of these models is correct.If the right second hypothesis and dark energy is indeed a quintessence, then the future may turn out to be full of surprising and unpleasant surprises. In particular, singularities may appear right during the accelerated expansion! For example, the average the pressure of the quintessence can suddenly “explode,” said Professor Yurov.

The fact that such a catastrophe is possible, calculated in 2004, Professor of Cambridge University, John Barrow. A more complete mathematical study of this issue allowed physicists Sergei Odintsov, Shinichi Nojiri and Shinji Tsudzikawa to classify such possible catastrophic singularities of the future.

Group of physicists BFU them. Kant, led by Professor Artem Yurov, suggested and showed mathematically that there could be a whole class of singularities not covered by the Odintsov-Nojiri-Tsudzikawa classification. This means that our universe can die suddenly. The study of Russian physicists, which was conducted with the support of Project 5-100, interested foreign colleagues. In particular, John Barrow addressed the authors.

“The model we are talking about is one of hundreds of models for the birth and death of our universe.” The authors from the Kant Institute of Biophysics correctly considered a model with a specific potential of the scalar field, and showed that the scale factor can dramatically change its behavior. the work is of interest and must be borne in mind for the future, as it apparently does not contradict modern observational data, “said the cosmologist, professor of the NNIU MEPhI Sergey Rubin.