The universe is expanding faster than previously thought 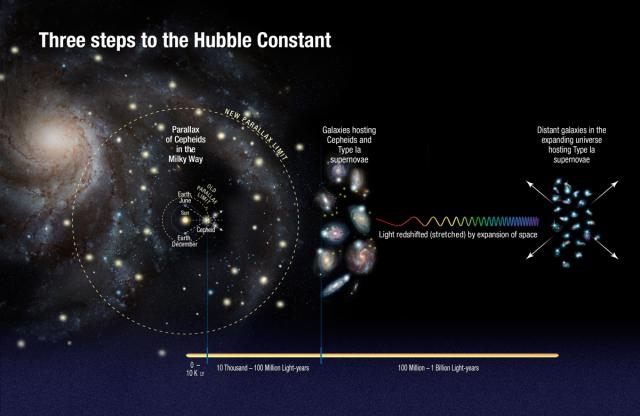 Astronomers using data obtained by the Hubble space telescope, discovered that the universe is expanding at 5-9% faster than previously thought.

“An unexpected discovery could be key to understanding these mysterious components of the Universe, like dark energy, dark matter and dark radiation, which accounts for 95% of everything in the Universe,” says Adam Riess from Johns Hopkins University.

During the study, scientists were able to calculate the expansion rate of the Universe with unprecedented precision, reducing the error of only 2.4%, according to the website NASA. This is made possible through the use of innovative techniques that improved the accuracy of measuring distances to distant galaxies. The objects of observations were of galaxies with Cepheids and supernovae Ia class. Scientists have studied only about 2.4 thousand of 19 Cepheids in galaxies and supernova 300.

Refined Hubble constant made up of 73.2 km/s per megaparsec (a megaparsec is equal to 3.26 million light years). New data indicate that the distance between space objects, will double over 9.8 billion years.