The Universe is filled with life 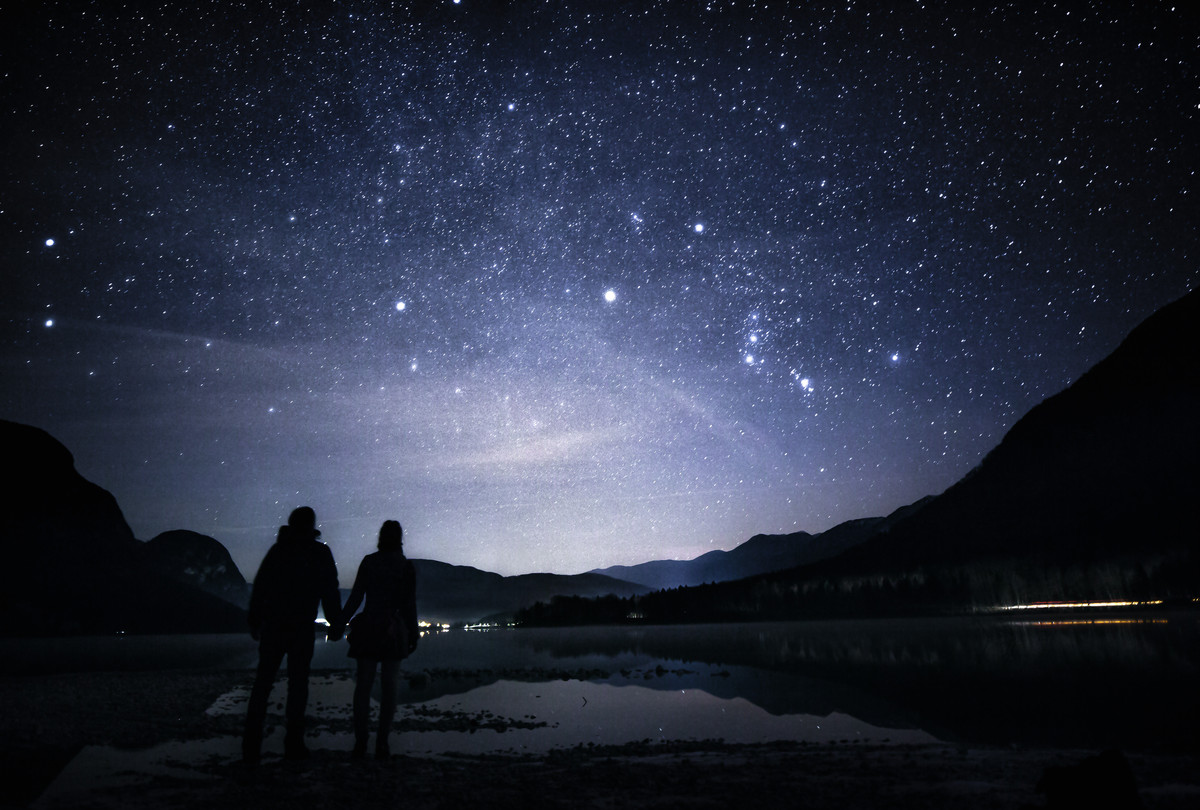 Scientists look for life traces in space, but so far they have nothing to brag. There is an opinion that origin of life on our planet is a miracle, and hardly it could occur time somewhere else. At the same time we can have an extraterrestrial life literally near by. It is enough to send the telescope to the necessary party only.

The earth – a life cradle. And it precisely?

We are convinced that Earth – a life cradle. Perhaps, this belief doesn’t allow us to see that life is present at the Universe everywhere, and between our planet and space there is a constant exchange of live organisms. Let it is only hypotheses, but, perhaps, through some time some of them will develop in a new scientific picture of the world. It is worth looking narrowly at them more attentively.

What probability that, having dumped several kilograms of letters of a type-setting font from a roof of the high-rise building, to the first floor they will develop in 105yu the page of the novel “War and peace”? And what probability of casual emergence of the intelligent aminokislotnonukleotidny sequence? Approximately the same. That this event has taken place incidentally, it is necessary or to increase quantity of skyscrapers, or the number of attempts. Here only in the second case time for the necessary number of attempts surpasses time of existence of all our Universe.

Thus, or life – it is valid a miracle and people of Earth – the only living and reasonable beings observing this Universe, or she has arisen somewhere in other place and has extended on space, evolving and changing depending on dwelling conditions. In that case attempts of search of extraterrestrial life are justified and we will meet sooner or later, speaking to words of the Soviet science fiction writer Ivan Efremov, “brothers not only on reason, but also on a body”.

Once inhabitants of Earth believed that our planet isn’t movably located in the center of the universe, in the center of the Universe. In the 17th century the geocentrism has been replaced with heliocentric system of the world in which the Sun was the central celestial body. Over time the center of the universe ceased to be looked for. To Edwin Hubble the Universe was represented entirely consisting only of the only galaxy – the Milky Way. But now we already know that it not so. And the we learned about the Universe structure more, the place of our small planet in her became more modest. Perhaps, with life on it will be also. But so far it is better and easier for us to believe that Earth – a life cradle.

Life to Earth could be quite brought from space. The hypothesis of a panspermia is rather popular among scientists. She assumes that life has appeared on our planet as a result of entering from space of so-called “germs of life”. The ambiguity in a question was an Achilles’ heel of a hypothesis as these “germs” could overcome huge distances in space and at the same time for millions of years keep the viability. Space as it is considered, not too hospitable place. Rigid radiation and charged particles create not the best conditions for difficult organic chemistry. 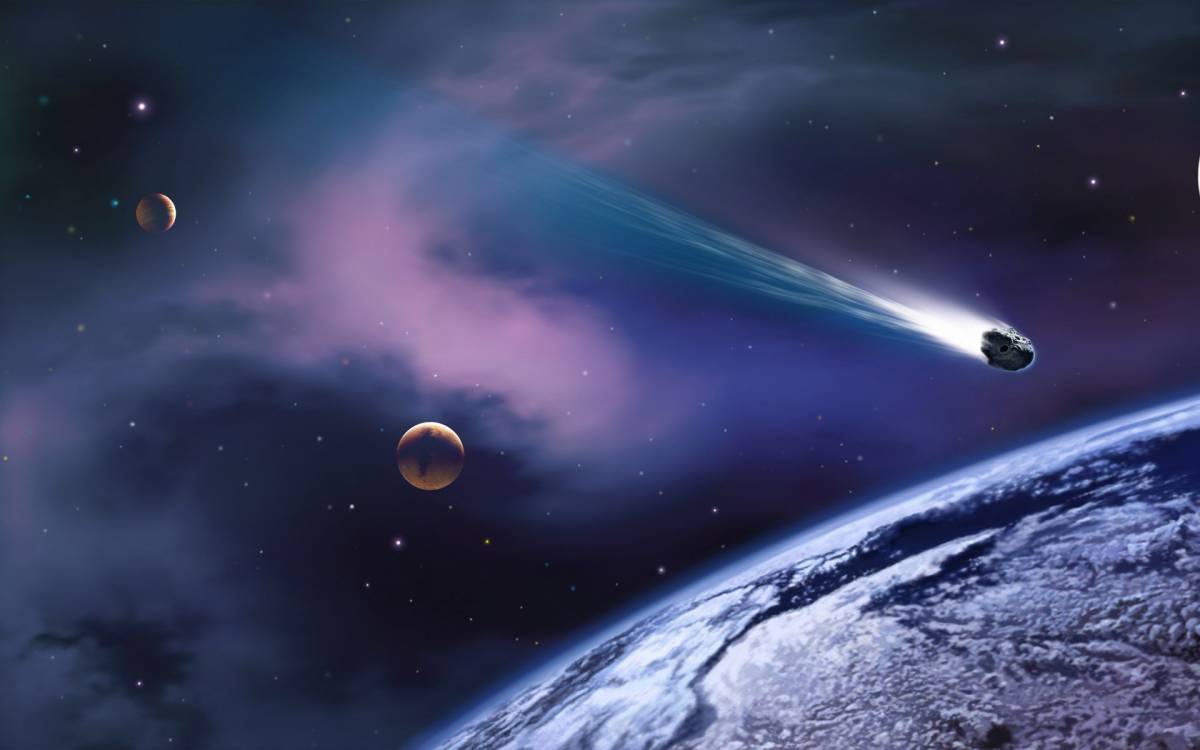 The classical theory of a panspermia says that carriers of life extend in space with comets and asteroids (when falling to Earth we call them meteorites), or under the influence of light pressure. At the same time, also the version of the directed panspermia when transfer of “life germs” from the planet on the planet is organized by reasonable beings by the way, isn’t excluded.

Researchers the set of possible ways of transfer of life is offered. And some have made several assumptions at once. The interesting hypothesis of the mechanism of transfer of life was offered by the British physicist, the astronomer and the astrobiologist Chandra Vikramasingkh. In his opinion, the wandering planets can be carriers of life. Astronomers have already found several such in our Galaxy. The planets which don’t have the stars, traveling in interstellar space have to be crossed with each separately taken star system in the Galaxy each 25 million years. Flying by near star system, such planetary bodies can collect zodiac dust and microorganisms which, perhaps, are present at it. 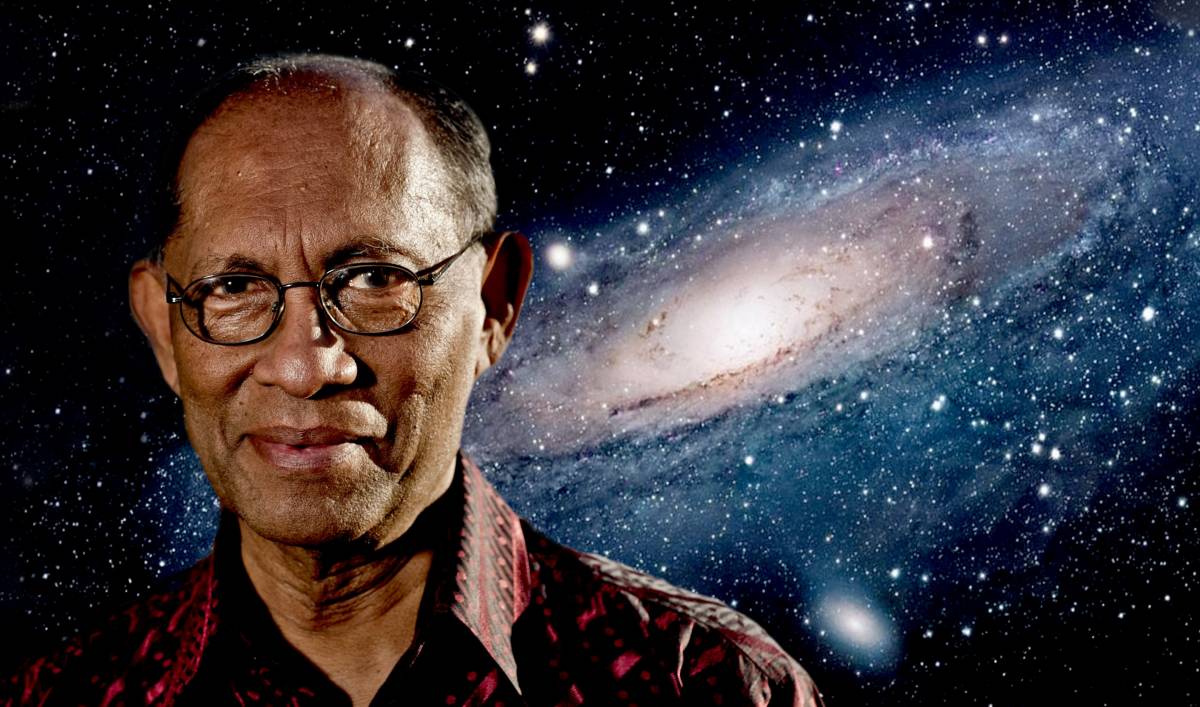 Some scientists try to explain with existence of a large number of the wandering planets the missing mass of the Galaxy. In their opinion, the reason at all not in mysterious dark matter, and only in homeless planets. Vikramasingkh considers that the number of such planets can reach several thousands on each star of the Galaxy. 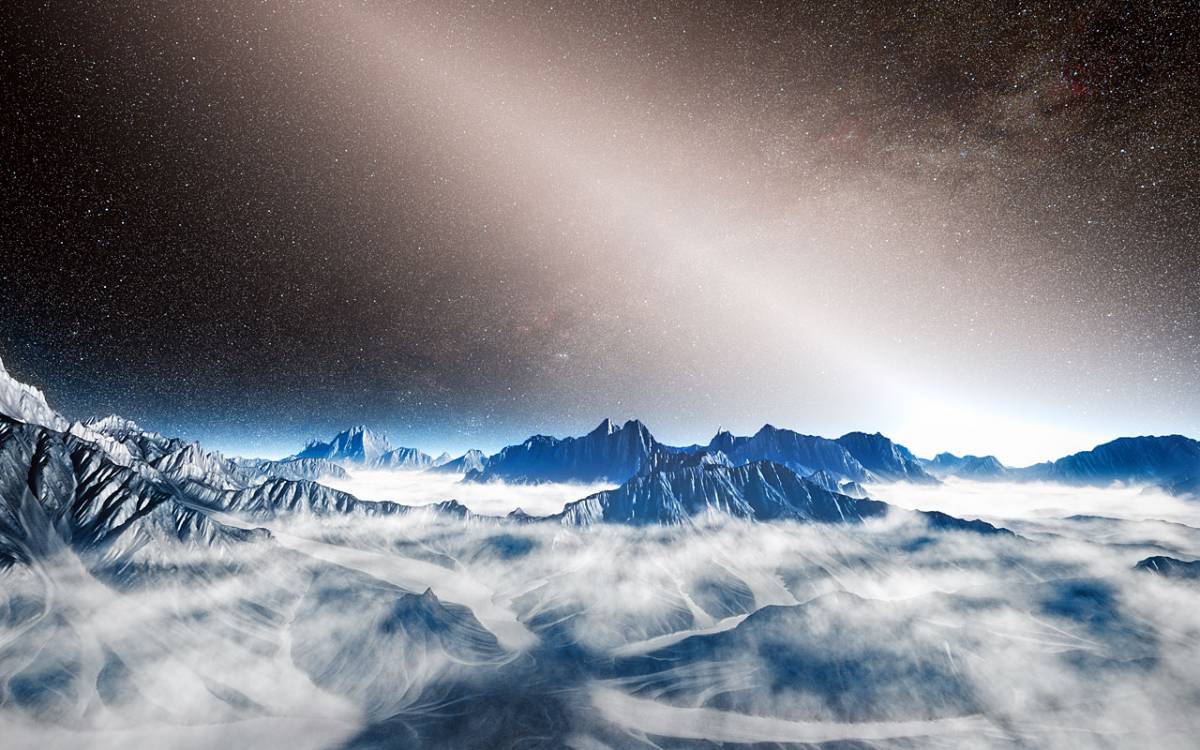 About existence in a cosmic dust of microorganisms many scientists suggested. Thanks to the spectral analysis we can only do assumptions and of existence of microorganisms in interstellar clouds. In space more than 180 organic compounds capable to become life “bricks” are already revealed. Among them there is a formaldehyde and methane, aromatic molecules and a set of carbon chains of different length. The only place where we can authentically check existence of live organisms in dust, is the nearest space. In 2010 in the cosmic dust which has settled on the surface of the ISS have found microorganisms. What it is operation of “the ionospheric elevator” thanks to which terrestrial microorganisms have reached near-earth space, or the life brought from other planets? Scientists look for on it the answer. But what it was, there is a fact of an exit of live organisms out of borders of the planet. And further they can already reach also edge of star system where they will be picked up by the wandering planets. Vikramasingkh has assumed that microorganisms can get to space as a result of falling on the planet of massive celestial bodies. At blow they beat out substance in space. And together with him microorganisms also get to space. 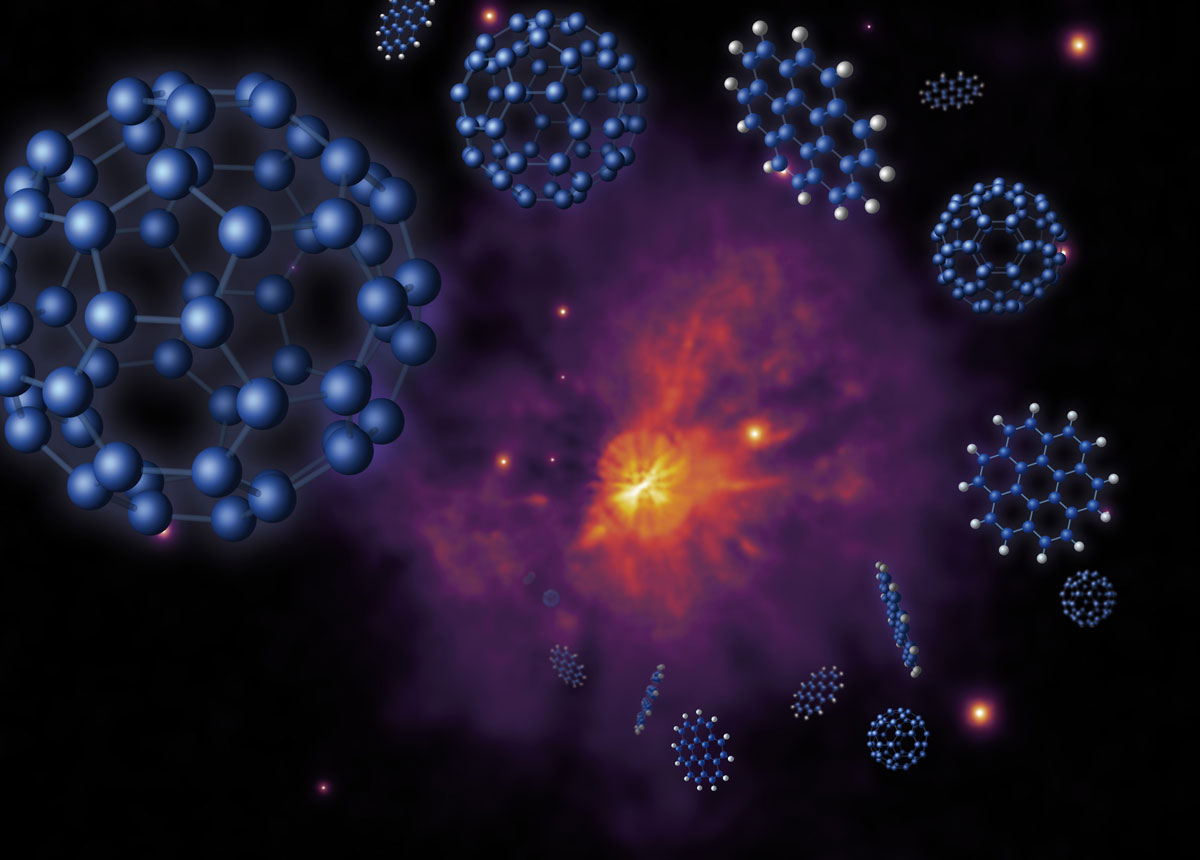 According to other version of the scientist, difficult molecules of an organic origin which can act as “bricks” of live matter have filled gas and dust galactic clouds in close proximity to which periodically there passes the Sun. Substance from a cloud gets to Solar system, and together with him also new genetic material flies.

Abraham’s astrophysicist Loeb considers that life carriers in space are the rocky breeds which are formed as a result of blow of asteroids about the surface of planets on which life already is, and getting as meteorites on the surface of other planets. To him and his theory of emergence of life we still will return.

Abraham Loeb claims that distribution of life in space is similar to epidemic. 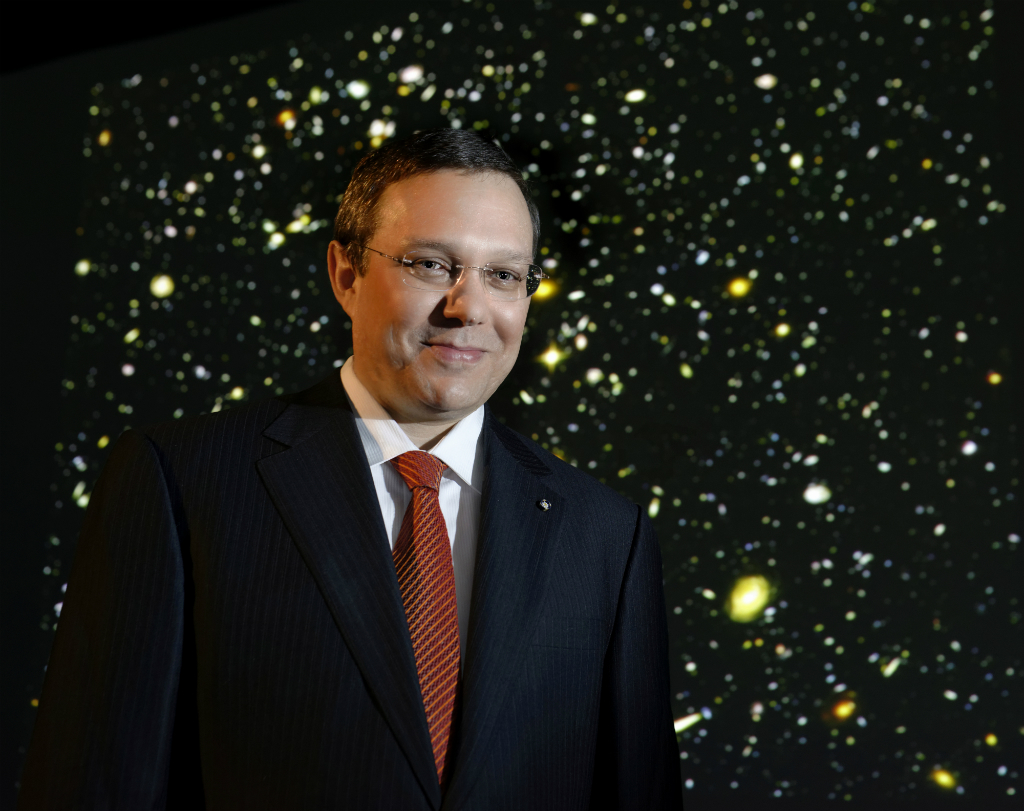 Hypothesis of a panspermia per se doesn’t explain how there was life in the Universe. It is limited to concrete ways of its transfer from the planet to the planet. But to her certain followers it doesn’t prevent to look for the place and time of origin of life.

In the assumptions of its emergence Chandra Vikramasingkh leans on Karl Gibson’s researches from university of California and Rudolf Schild from the Harvard-Smithsonian astrophysical center. The so-called hydrogen and gravitational cosmological theory developed by them says that already through 300–400 thousand years after the Big Bang in the Universe spherical hydrogen-helium clots like giant planets were formed. They were pulled together with gravitation forces, and from them, in turn, there were stars. But not from all. A part didn’t gain the weight, necessary to start thermonuclear reaction. They didn’t turn into stars. Further those from them which won’t get to the field of an attraction of the first stars will become the lonely wandering planets.

Now the conventional theory says that the first planets began to be formed not earlier than through several tens of millions of years after the Big Bang. That is how the first stars were lit. And, perhaps, already and after their death.

Further these gas spheres – protoplanets – anywhere didn’t get to. Stars synthesized new elements, including oxygen, carbon, nitrogen, phosphorus and other organogena. And then blew up as supernew. On these gas spheres all chemistry created in stars including water settled. According to Vikramasingkh, it also is that “primary soup” in which there could be a start of life. And further temperature in the Universe fell and this organic soup was preserved.

In this regard the hypothesis of professor of Harvard University, the astrophysicist Abraham Loeb is interesting. Life arose practically right after the Big Bang. To enter the hypothesis in modern chronology of the Universe, it transferred the birth of stars of the first generation (The sun, by the way, a star already of the third generation) to 15 million years closer by the time of the Big Bang. According to modern views, these stars in which carbon, nitrogen, oxygen, silicon and other necessary elements was for the first time synthesized appeared only through 30 million years after the Big Bang.

Transfer of time of the birth of the first stars is important because then in one place and in two necessary conditions for emergence of life at one time coincided: availability of necessary chemical elements and comfortable conditions. At the same time, according to its version, superearly life arose on planets of the superearly birth.

Apparently, life per se just is one of fundamental properties of matter. So some authors of the concept of a panspermia consider. And if there is matter, so sooner or later it samoorganizutsya in live organisms.

The recent research of group of the British scientists of University of Edinburgh significantly expands our idea of where extraterrestrial life can live. As the planetologist Jack Yeats who has headed a research, “the planet considers, similar to Earth with a firm surface, is absolutely unreliable”. According to the obtained data, the atmosphere of brown dwarfs in the top layers has temperature and pressure similar to what we have on Earth. In the ascending air streams quite there can live microorganisms. Conclusions of scientists are crossed with the assumption stated by Karl Sagan in 1976. In his opinion, the ecosystem filled with microorganisms can exist in the top layers of Jupiter. Similar ecosystems can exist like plankton, moving in the atmosphere and using energy of the Sun and chemical elements from air. 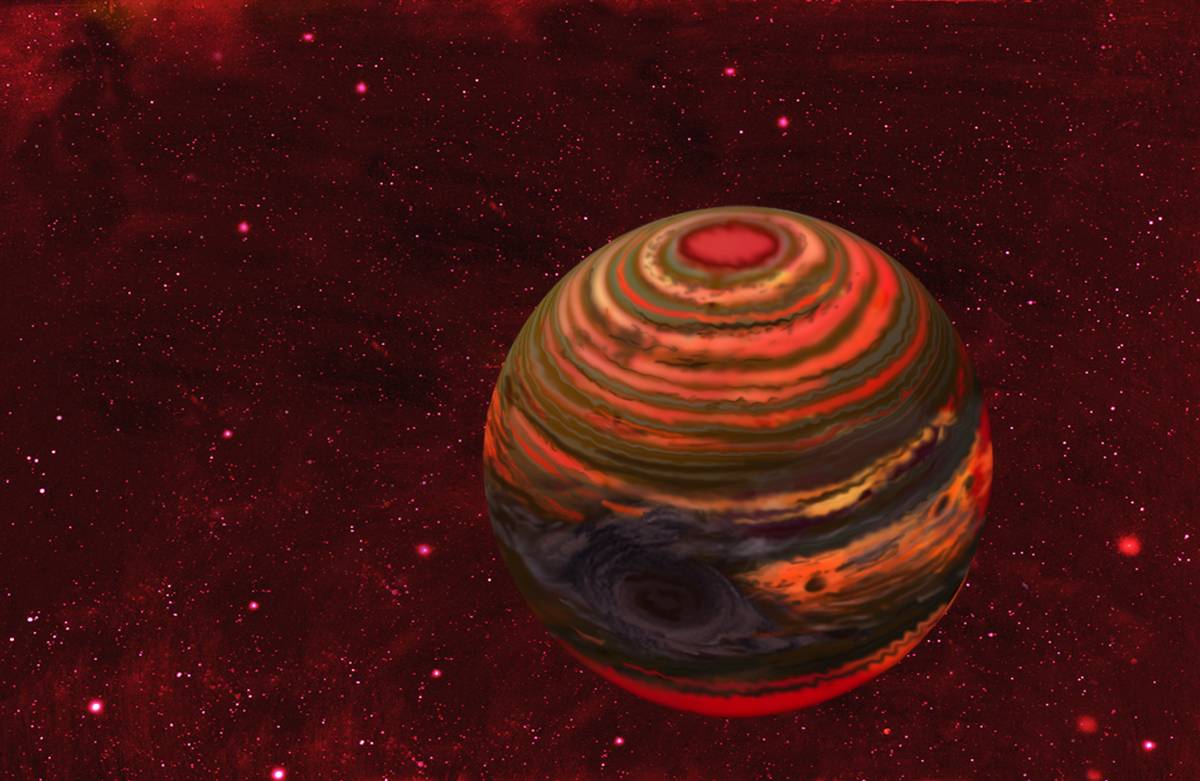 Observing dispersion of light in interstellar clouds, Fred Hoil, the famous British astronomer and the cosmologist, and Chandra Vikramasingkh have come to a surprising conclusion. Dispersion of light in clouds of a cosmic dust completely coincides with dispersion in any biological environments. And it means, as there can be microorganisms. If all this so, then, perhaps, life everywhere?