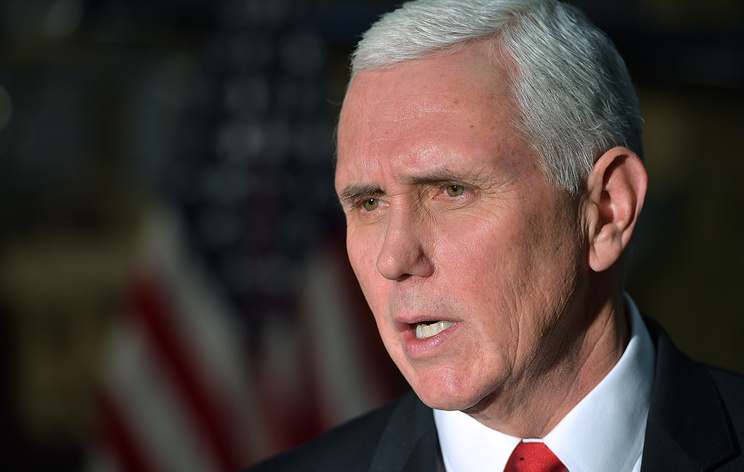 US President Donald Trump’s administration expects to send astronauts to the planned lunar orbital station by the end of 2024 in order to establish a permanent presence on Earth’s satellite.

This was stated on Thursday by US Vice President Michael Pence during a speech at the Johnson Space Center in Houston, Texas, it was broadcast on the website of the White House.

According to Pens, the American administration considers the Moon as a “key point” in terms of space exploration. The vice president noted that the US is “actively developing” concerning the Lunar Orbital Platform-Gateway project, which envisages the creation of the “first space station that will be in the Earth’s orbit.” Pence called this station “the most important condition for creating an outpost on the moon and a mission to Mars.”

“Last year, NASA began to interact with US developers to create a unique electric motor system for the Gateway,” Pence said. He noted that the US administration is working with the Congress to allocate $ 500 million for the work on the Lunar Orbital Platform-Gateway to pass into the “production stage.” According to Pens, “we are separated only a few years from the launch of Gateway’s first building blocks into space.” The US, as the vice-president stressed, “works tirelessly to send the American crew to the Lunar Orbital Platform by the end of 2024”.

“Our eyes are once again on the moon, this time we will not be satisfied only to leave traces on it,” he said. According to Pens, “now it’s time for the US to take advantage of everything we’ve learned over the decades” and “establish a permanent presence on and around the moon.”

The plans for the establishment of this near-moon station became known in the spring of 2016. Then TASS with reference to the documents of RSC Energia reported that, together with the American corporation Boeing, preliminary development of a near-moon infrastructure in support of future plans of national agencies is being conducted. Previously, it was assumed that the station will be called Deep Space Gateway, but now in the NASA documents it is called the Lunar Orbital Platform-Gateway.

At the end of September 2017, within the framework of the astronautical congress in Adelaide (Australia), a joint statement was signed between Roscosmos and NASA, which reflects the intention of the partners to work together to implement initiatives in space exploration. We are talking about planning the work to create a visited station in the near-moon space.