The US Returns to the Moon

At the end of last month, we reported on the readiness of the US aerospace agency NASA to change course and depart from the Martian program in favor of the moon, if such a task is set by the current US government. And it seems that the agency will indeed have to take such a step, because the US government has just announced the resumption of the program to return a person to the moon.

In a statement issued on October 4 in the Wall Street Journal by the Vice-President of the United States of America, Mike Pens, the signing of an executive order for the restoration of the National Space Council and his appointment as head of this organization are being said.

“On Thursday the council will hold the first meeting in 25 years and I, as its chairman, are going to make one simple report: America will once again become the leader in space exploration,” Pence said, adding that the lack of a clear vision for further development in the state space program the main reason why countries such as China and Russia, and not the United States, are currently leading players in this area.

The vice president also explained in his statement that the US badly needs its own space technologies, which are necessary to protect its communication, navigation and surveillance systems from the cases of hacker attacks.

What will happen to Mars now?

The new state space program in general terms boils down to human research. However, Pence believes that the Moon and the establishment there of a permanent human settlement is “an extremely important strategic goal,” which should be achieved first.

It should be noted that other eminent figures hold the same opinion with regard to the Moon. For example, in August of this year, retired astronaut Chris Hadfield said that the creation of a settlement on the Earth’s satellite is the first thing that a person should return to. And not just to prove that we can do this, but also because the Moon can be the starting point for many subsequent space missions.

Of course, the US ambitions will not end on the Moon. According to Vice President Pens, America is ready to make every effort to make the country the first in the world to send a person to Mars. At the same time, the prerequisites for the implementation of such a mission are more commercial than scientific.

“In the years to come, the American industry should be the first to create a permanent commercial human presence in Earth’s near-Earth orbit, expanding the scope of economic impact beyond the planet,” Pence added. 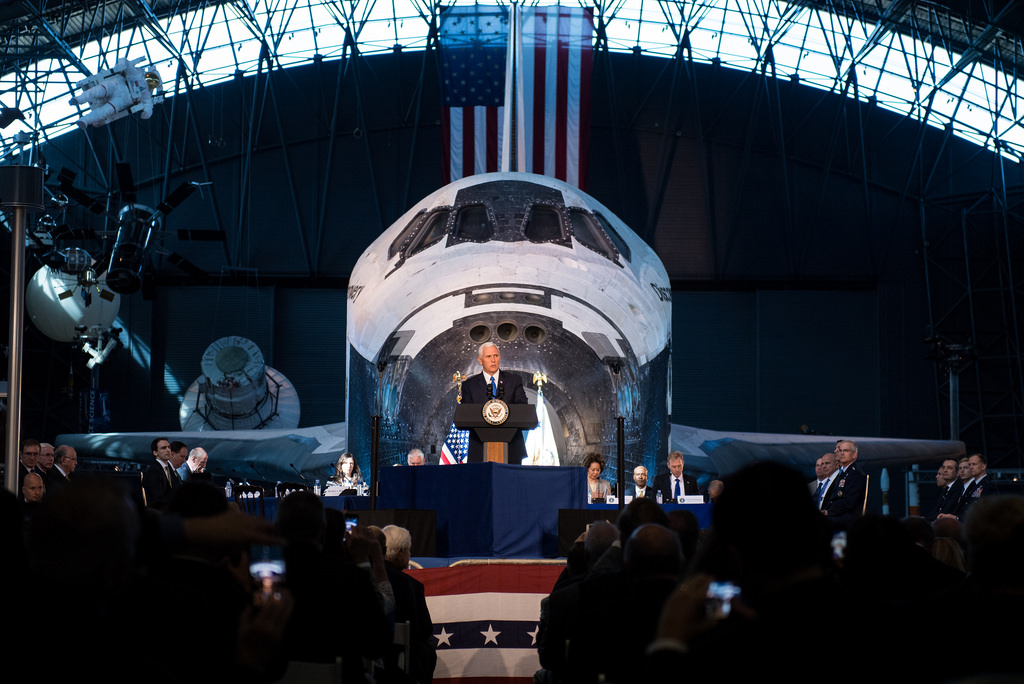 In the coming weeks, the US administration is going to form a special advisory group consisting of leaders of the modern commercial space industry. As the name suggests, the main task of this group will be reduced to expert advice from those commercial organizations that are currently engaged in the development of new equipment and technologies needed to deliver a person into space.

“Business is moving the space technologies forward, and we are going to plunge into this vast world of innovation to solve the tasks set before us,” Pence added.

Unfortunately, the Vice President of the United States did not specify details about who will be included in this expert group. But first of all, names like Ilon Mask (the head of SpaceX) and Jeff Bezos (the head of Blue Origin) certainly come to mind. The first recently shared a detailed plan for the delivery of people to Mars by 2024, the second wants to begin conducting tourist suborbital flights as early as next year.

The first results of the work of the National Space Council, however, will most likely have to wait a while. Despite the fact that the aerospace agency had previously shared its plans for the Moon and Mars, the mention of the organization in the speech of the speaker, Vice-President Pensa, was not significant.