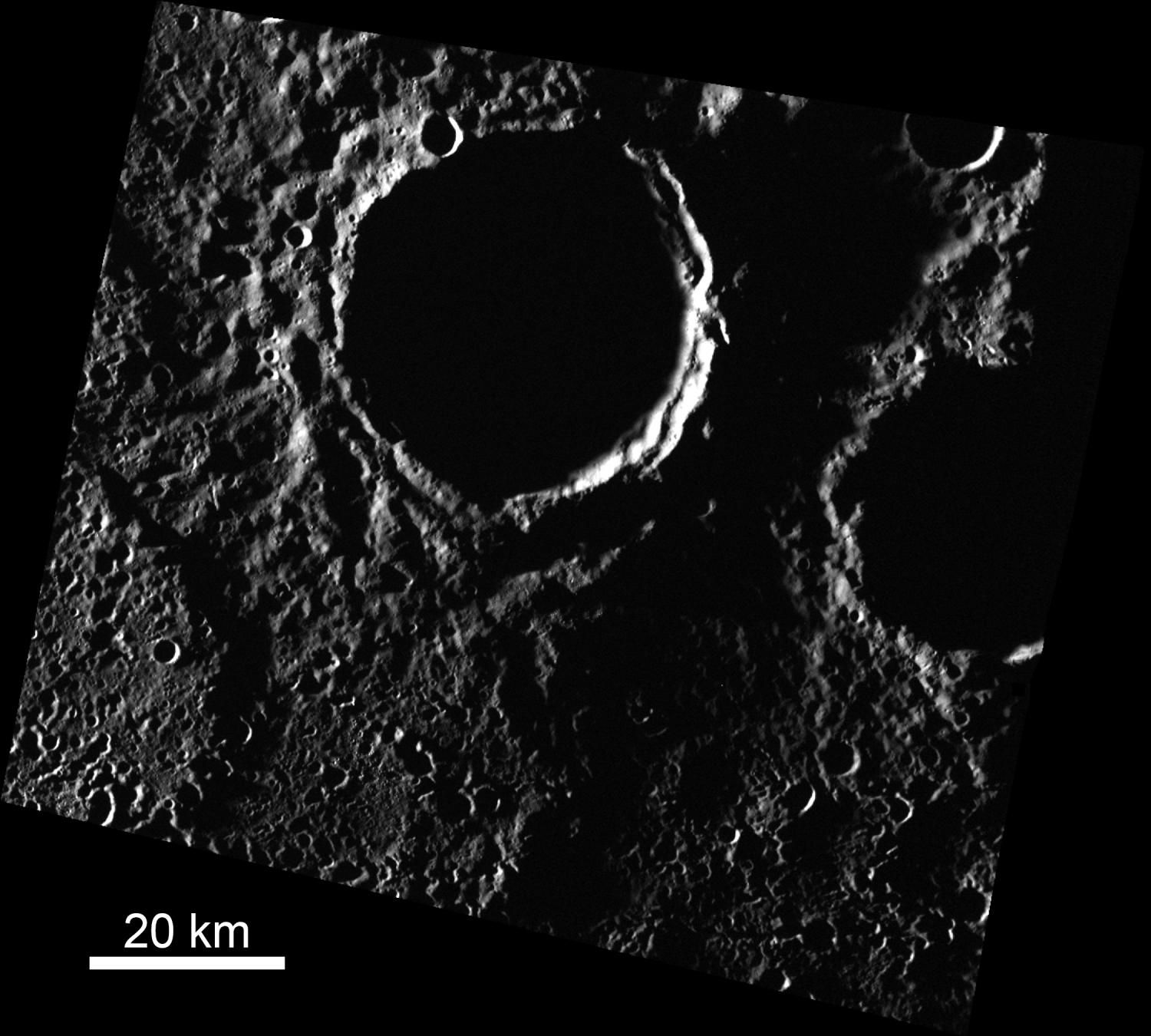 The hot surface of Mercury seems at first glance to be an inappropriate place to look for water ice, but studies conducted over the past three decades have shown that on the planet nearest to the Sun of our planetary system, ice-shaped water can persist at the bottom of the crater for a long time, If the direct sunlight never reaches the bottom of the crater. In a new study, scientists at the Brown University, the USA, find that there may be much more ice on the surface of Mercury than was previously thought.

In this new study, three new craters near the north pole of Mercury are discovered, apparently containing large ice reserves. However, in addition to these vast ice deposits (the total area of ​​the three craters is about 3400 square kilometers), the researchers also demonstrated evidence indicating the presence of less powerful water ice deposits (in craters with a diameter of about 5 kilometers) in the vicinity of the northern pole of Mercury, and between craters on the terrain, always in shadow. The discovery of similar, relatively small deposits of water ice on the lunar surface made it possible to almost double the estimate of the water ice reserves on it, and approximately the same increase in the estimate of water ice reserves should be expected in the case of Mercury, the authors of the paper believe.

The discovery of these water ice deposits on Mercury became possible as a result of a new analysis of the data collected using the laser altimeter of the Venusian probe MESSENGER, which was used to measure the reflectivity of the surface. The main feature of this analysis is that it used data on the reflection of a laser beam from the surface of Mercury not in the direction orthogonal to the surface, but at an angle (“off-nadir” position). Without special mathematical processing performed in this study, such data could not be used before to determine the reflectivity of the surface.