The whole universe in one frame 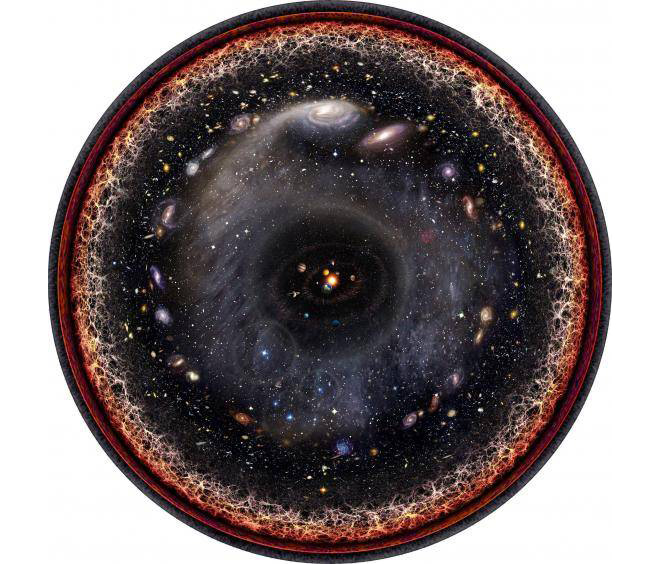 The universe is so vast that it seems impossible to fit it all in one image. But the Argentine artist and musician Pablo Carlos Budassi managed to do this by combining images from NASA and logarithmic maps of the universe, created by specialists at Princeton University.

And that’s what he did.

Our Sun and Solar System are at the very center of the circle, followed by the outer ring of our Milky Way galaxy, its spiral sleeve Perseus, the ring of other nearby galaxies such as Andromeda, the rest of the cosmic web, the cosmic microwave background radiation left by the Big Bang, and Finally, the plasma ring, also formed by the Big Bang.

Logarithms help us to feel huge numbers, and in this case – huge distances. Instead of showing all parts of the universe on a linear scale, each section of the circle reflects an area several orders of magnitude larger than before. That’s why the entire observable universe can fit into a circle.

This idea came to Budassi’s head when he was manufacturing paper hexagons called hexaflexes for his son’s birthday. “After I painted hexaflexes, I began to draw central views on the cosmos and the solar system. That day, the idea of ​​a logarithmic view appeared, and in the following days I was able to implement it with the help of a graphic editor, using images from NASA and some of my own textures. “