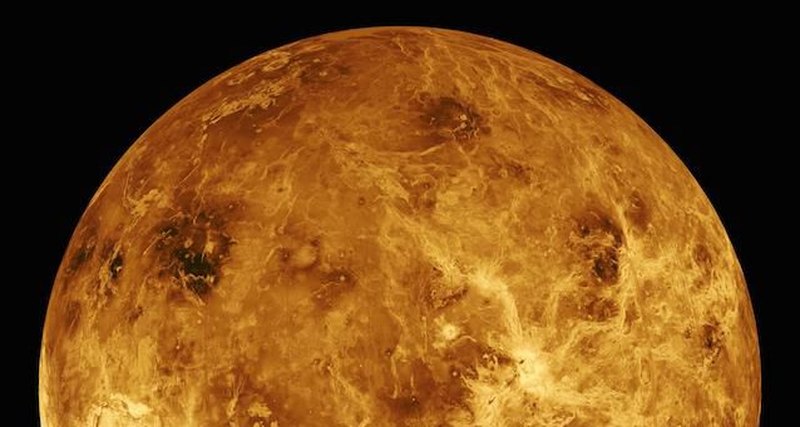 Venus is a truly dangerous and unpleasant place. All the probes sent there by the people stretched only a few minutes. They died either from monstrous pressure or from a poisonous atmosphere. And now it also turns out that the wind on the planet is so strong that it affects its rotation.

In 2015, the “Akatsuki” spacecraft noticed something strange: a huge arc wave, stretching practically on the whole surface of the planet. Such disturbances in the atmosphere can not arise for no reason, and the scientists for a long time could not understand what is happening on Venus.

Researchers from the University of California Los Angeles and the University of Paris-Saclay may have found the answer to this question thanks to a new computer simulation. She showed that the wave recorded by the Akatsuki is caused by strong winds that meet the mountains of the planet.

According to the simulation, the atmosphere on Venus is so thick, and the winds are so strong that they can even affect the rotation of the planet, changing its speed by two minutes a day. It sounds incredible, but it should be noted that one day on Venus is 243 days on Earth, and winds pass through the planet every four local days.

Nevertheless, observations show that the day on Venus does not become shorter, which means that there is a certain force that slows down the rotation of the planet in the same way as the wind disperses it. Probably, the Sun’s attraction is to blame, but it surely will be possible to say this only after humanity sends a new ship to Venus, and this will happen very soon.