The winds of quasars were associated with intense star formation 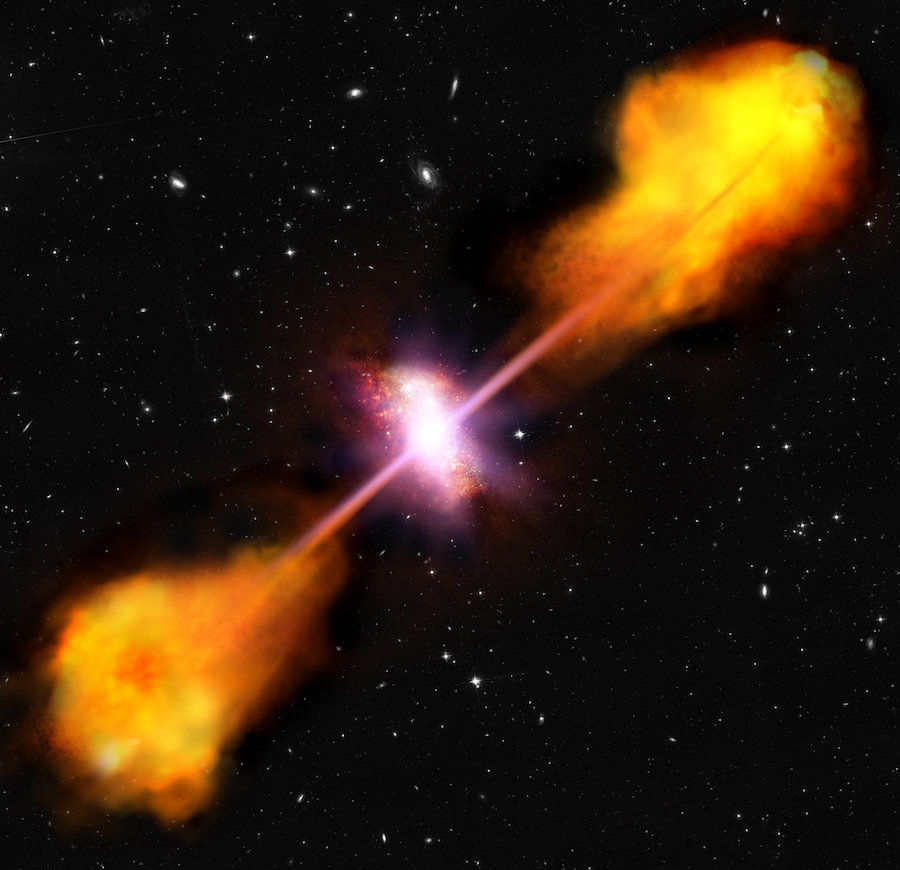 Astronomers, using the space observatory Herschel (Herschel) of the European Space Agency for observation, were able to answer the question facing space science for several decades: where do the powerful “winds” of cold gas, observed in the hot neighborhood of quasars, come from. New data establishing a connection between these powerful winds and the formation of stars inside the parent galaxy of a quasar can also help to understand why the size of our universe’s galaxies has a top-down constraint.

Since the discovery of quasars in the 1960s, these mysterious sources have raised ever-increasing questions for scientists. These high-energy sources – whose luminosity exceeds the luminosity of the Milky Way by about 10,000 times – are nuclei of distant galaxies at the centers of which lies a supermassive black hole. The gas drawn by the black hole on the accretion disk warms up to very high temperatures and emits energy over a wide range of wavelengths, from radio to X-rays.

Historically, when investigating the spectra of quasars, scientists discovered in them the signs of lines corresponding to the absorption of light coming from the quasar, lying in front of it a layer of cold gas containing heavy metal elements (astr.) – such as carbon, magnesium and silicon. The nature of the lines indicated that the speed of the gas is about several thousand kilometers per second, and the gas is located inside the parent galaxy of the quasar. But what could so disperse the cold gas inside the parent galaxy of the quasar?

The answer to this question was received in a new study conducted by a group of scientists led by Peter Barthel of the University of Groningen, the Netherlands. Researchers have found a stable correlation between the rate of star formation within a quasar and the intensity of the absorption lines corresponding to these cold gas flows. These data can also help scientists understand why the galaxies of our universe, which theoretically can grow to infinitely large sizes, are actually more often relatively small in size. According to the authors of the study, this is explained by the negative feedback on the size of the galaxy with its growth, the mechanism of which is that the growth of the galaxy intensifies star formation, but with it the wind speed of the quasar, the flows of the cold gas, which is the main star-forming material, grows – and the gas thus ” is blown out of the galaxy, Bartel and his colleagues point out.