The young Mars was full of snow, ice and volcanoes 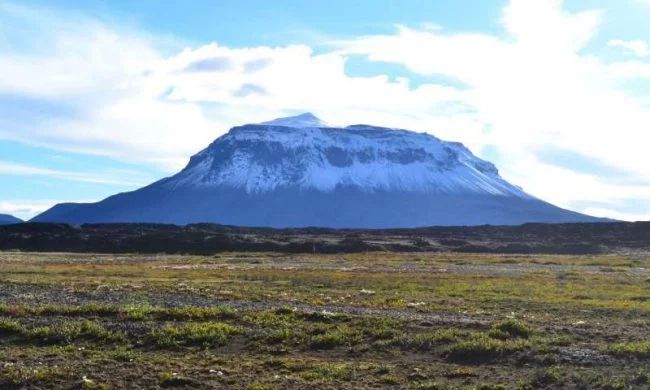 The climate of Mars at the very beginning of its history is the subject of fierce disputes. What was the Red Planet: warm and wet or cold and snowy? A new study, published in Icarus, speaks in favor of the latter. Today we know that Mars is dotted with a network of valleys, deltas and lake sediments, which means that once on the surface there would have been water flowing – about 4 billion years ago. Until now, climatologists have not been able to create a sufficiently warm climate model, so that on the surface of Mars the water is liquid.

“People are trying to model the ancient climate of Mars, using the same models that we use on Earth, and they do not quite work out. It is difficult to create a warm ancient Mars, because the sun was then much weaker. The entire solar system was colder, “says Brioni Horgan, associate professor of the Faculty of Earth Sciences, atmospheric and planetary sciences at Purdue University. “And whereas people use climate models, we come from our point of view – what do the volcanic records about Mars tell us?”

Volcanism throughout the early history of Mars was a lot. In some well-studied places on the planet there are large volcanoes, but little is known about regions of low and smooth topography. On Mars there are about 100 flat hills, known as the “hills of Sisyphus”, which can be volcanic in origin.

When volcanoes erupt under ice sheets and glaciers on Earth, the combination of heat and meltwater creates flat steep mountains with flat peaks – they are called “thujas”. When subglacial eruptions do not disturb the ice surface, the volcano peaks remain cone-shaped, rather than becoming flat. The mineralogy produced during these events becomes unique, thanks to the impact of hot lava and cold glacial meltwater.

Scientists used images of CRISM spectrometers to determine whether the mineral composition of the region corresponds to the under-ice volcanism.

CRISM captures both visible light waves and shorter wavelengths, which helps instrument operators to determine a wide range of minerals on the surface of Mars. Visible wavelengths are strongly affected by iron, whereas in infrared wavelengths CRISM catches the carbonates, sulfates, hydroxyl groups and water included in mineral crystals.

“Each breed has its own imprint, and it can be identified by reflections of light,” says Sheridan Akiss, the author of the work. Scientists have identified three specific combinations of minerals in the region, in which gypsum, polyhydrate sulfates and a mixture of smectite-zeolite-iron oxide predominate-all of which are associated with volcanoes in glacial environments. “Now we have all the data on minerals and morphology, which say that at some point in time, Mars should have had ice. And, probably, it was relatively late in the history of young Mars. “