There was less water on Mars than was thought 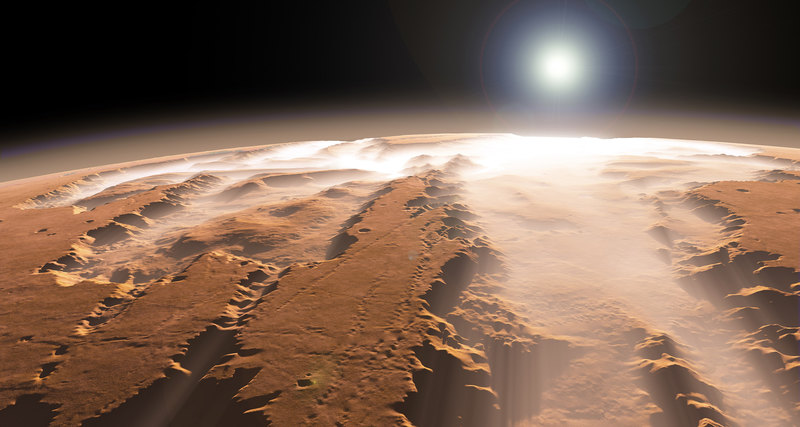 Dark lines on the surface of Mars, which are traditionally considered to be beds of ancient Martian streams and rivers, could arise as a result of the motion of frozen carbon dioxide along the slopes of the Martian dunes.

“The atmosphere of Mars is 95% carbon dioxide, and we know almost nothing about how it interacts with the surface of the planet. On Mars, there are the same seasons of the year as on Earth, and in winter some of the carbon dioxide turns into ice and settles on the surface, and evaporates in the spring. We thought about how much this process can influence the face of Mars, “says Lauren McKeown from Trinity College in Dublin, Ireland.

In addition to large canals and canyons, Mars has a lot of smaller basins and ravines, which, as recent observations have shown with the MRO probe, periodically appear and disappear from the surface of the Red Planet.

Judging by the color and shape of these ravines, they all formed relatively recently, in the last few million years, which gave good reason to say that modern Mars can have significant water reserves. Other scientists hold a different opinion – they believe that these structures could be generated by periodically forming and melting deposits of dry ice, frozen carbon dioxide. In favor of this speaks several things at once: an unusual form of the lower part of similar ravines and dark strips, and also the absence of any significant water reserves inside them. 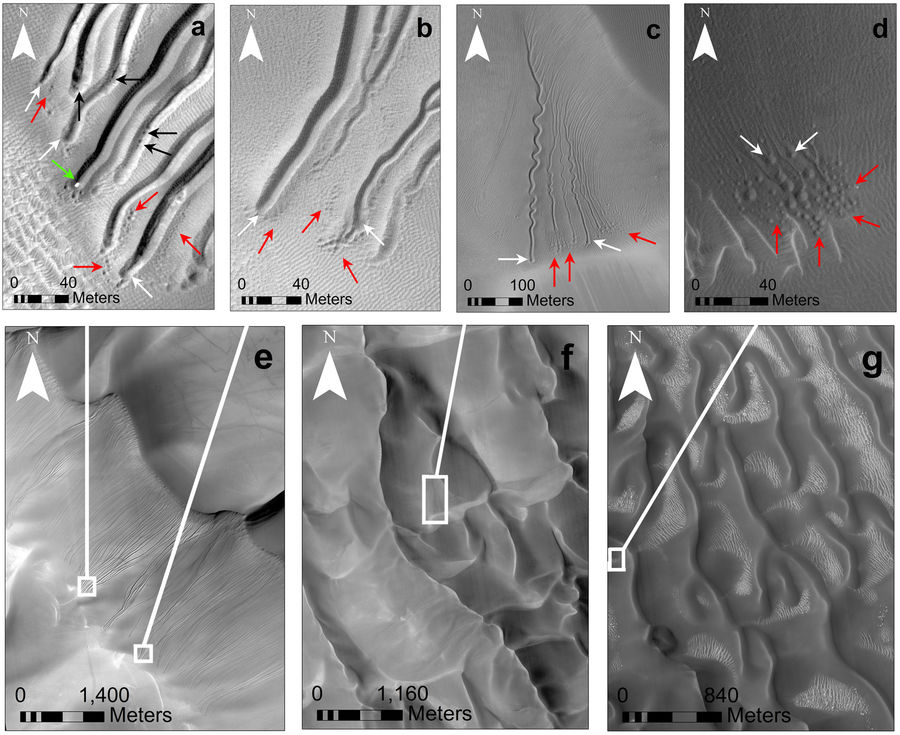 Photos of the Martian dunes. The arrows indicate the features of the relief, previously taken for the deposits brought by the flow of water.

McKeon and her colleagues tried to resolve this dispute, trying to repeat the process of “dry” formation of these ravines and dark lines in the laboratory. To do this, scientists created a physis model of one of the dunes on the surface of Mars, and followed how carbon dioxide will interact with the sand and ground of the earth’s “copy” of the red planet. 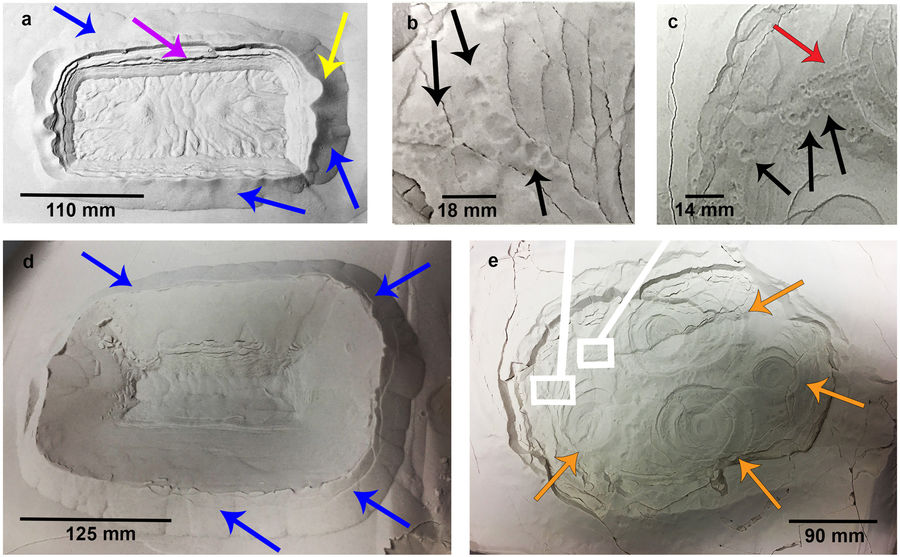 The microrelief formed under the action of a bar of dry ice in sandy soil under pressure and temperature, similar to Martian at different times of the year.

When scientists placed a bar of dry ice on the surface of the model and increased the temperature of its surface, simulating the onset of Martian spring, a piece of ice began to slide on its slopes independently, leaving a furrow behind it. “The temperature of the bar of ice and soil of Mars will be different, so that under the ice there will be a kind of gas cushion that will allow it literally to” levitate “and slide down, just as the puck slides on the mini-hockey table. When it reaches the bottom of the slope, the ice will stick to the ground and then completely evaporate, leaving a depression, “says McKeon. This deepening, as the scientists note, in some cases formed so quickly that a piece of ice completely drowned in it and raised a fountain of sand and dust that fell into the rarefied Martian air along with the streams of carbon dioxide. And the pits and traces of these fountains, as the Irish astronomer notes, are almost always found near the ravines on Mars.

As calculations of scientists show, even relatively small “ice cans” can produce very wide and deep channels, whose width can be from a meter to two dozen meters. In the near future, planetologists will check these forecasts, watching the formation of new channels on the surface of real Mars.