Threatens the Milky Way collision with the Andromeda galaxy 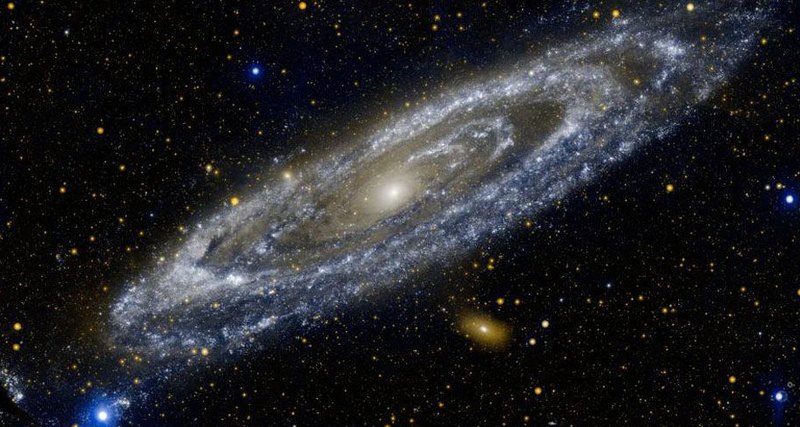 Our nearest space neighbor, the Andromeda galaxy, is speedily rushing to the Milky Way at a speed of 400,000 km / h. But there is nothing to be afraid of – two galaxies will not collide until a few billion years.

Until recently, scientists believed that our galaxy would be the hardest hit by the collision, because it is smaller than a neighbor. Now there is no such certainty: the new studies of the International Center for Radio Astronomy Research show that Andromeda is actually not much harder. In fact, the two galaxies roughly coincide in size. This is confirmed by a study published in the Monthly Notices of the Royal Astronomical Society.

To estimate even the approximate mass of the galaxy is very difficult. The brightly shining stars that make up the visible part of this huge system actually make a very small contribution to the total mass of the galaxy. Most of them are black holes and dark matter, which are difficult to measure even with the help of ultramodern telescopes. To circumvent this factor, ICRAR scientists used a relatively new method for calculating the mass of Andromeda.

Using the analysis of very fast stars in the Andromeda galaxy, discovered by the William Herschel telescope, the researchers could calculate the speed of the galaxy’s escape. The speed of departure in this case shows how fast the object should move to completely leave the orbit of the galaxy. Working in the opposite direction from this number, the researchers could calculate the mass of Andromeda. They found that, compared with previous estimates, the mass of the galaxy is about the same as the mass of the Milky Way, that is, about 800 billion times the mass of the Sun. Given this, in the distant future, our galaxy can be much more lucky – perhaps in the process of a catastrophic collision, two space systems will merge.