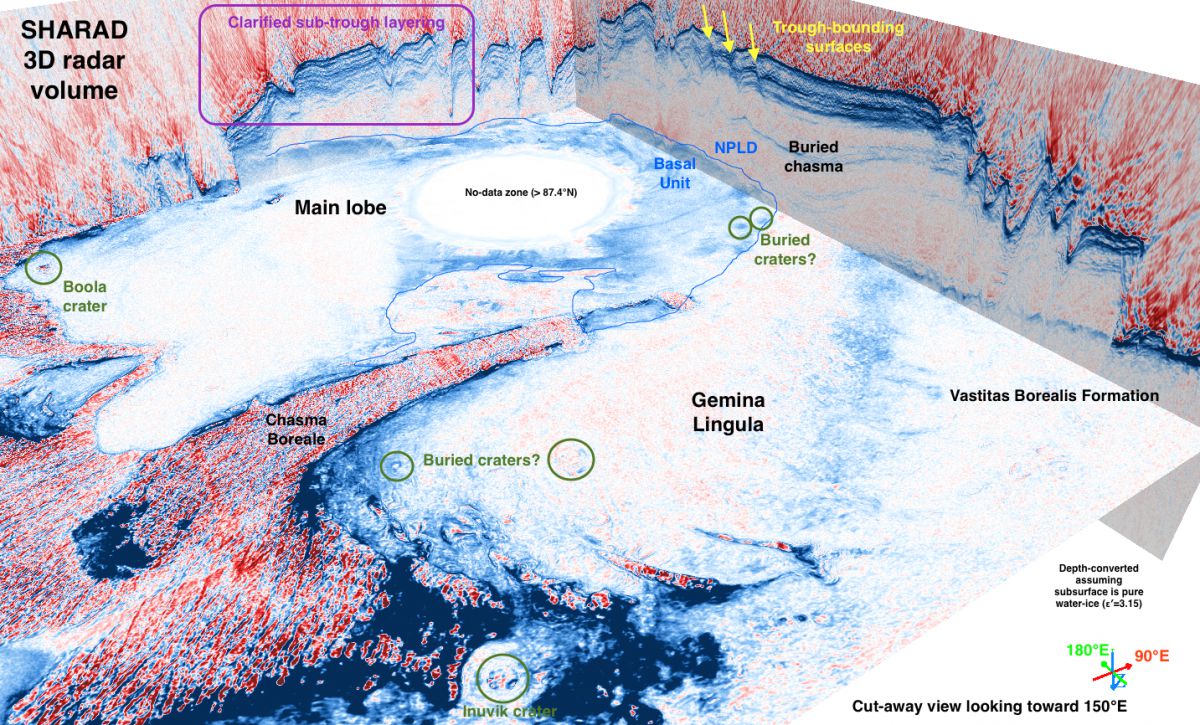 Three-dimensional images of a profile of a subsurface layer of the Martian soil reveal new structures in polar caps of the Red planet, including before bedded structure inaccessible to observations, larger, than was considered, deposits of crystal carbon dioxide in the southern polar cap and cotyloid structures which can represent the shock craters located in both polar caps. This information will help scientists to understand more deeply climate changes on Mars and can give them the chance to define an age of polar caps without use of climatic models. These three-dimensional images were made on the basis of the data collected by means of the Shallow Radar tool (SHARAD) established onboard the spacecraft of NASA Reconnaissance Orbiter (MRO) for more than 2000 orbits around the Red planet.

Earlier many important discoveries on the basis of separate pictures of profiles of subsurface layers of the Martian rocks received by means of the SHARAD tool were already made, however now the three-dimensional map is made almost for all volume of interiors of both polar caps.