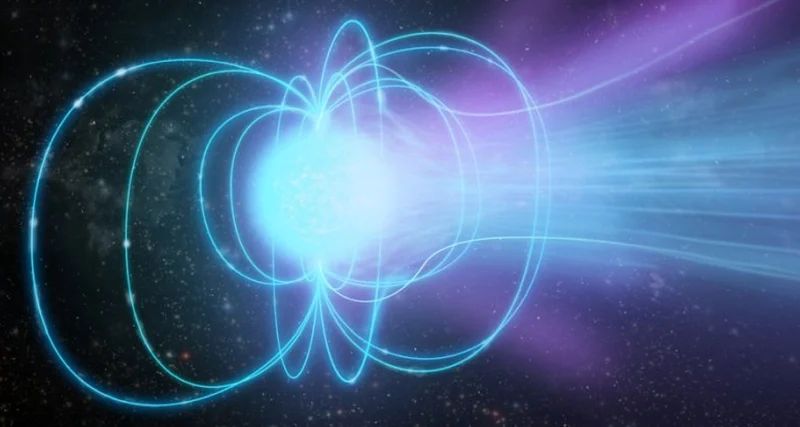 Magnetar SGR 1935 + 2154, which emitted the first recorded rapid radio burst from inside the Milky Way in April, did it again, giving astronomers another chance to unravel the mysterious cosmic riddle.

On October 8, 2020, the CHIME / FRB collaboration discovered the star SGR 1935 + 2154, emitting three millisecond radio bursts. Following this, the FAST radio telescope detected something else – pulsed radio emission corresponding to the rotation period of the magnetar.

Until April of this year, fast radio bursts (FRBs) were recorded only outside our galaxy, usually from sources millions of light years away. The first was discovered in 2007, and since then, astronomers have been trying to figure out what causes them.

As the name suggests, FRBs are bursts of extremely powerful radio waves found in space, some of which release more energy than hundreds of millions of suns. They only last a millisecond.

Since most sources of fast radio bursts seem to emit them only once, they are highly unpredictable. In addition, the ones we detect usually come from such distant regions of space that telescopes cannot distinguish individual stars and determine the source of the signal. Both of these characteristics make it difficult to track the FRB even to the exact source galaxy, let alone a particular star.

But SGR 1935 + 2154 is only 30,000 light-years away. On April 28, 2020, it emitted a powerful millisecond pulse that was named FRB 200428. After the signal strength was adjusted for distance, FRB 200428 was not as powerful as extragalactic fast radio bursts – but everything else in it corresponded to other bursts.

We don’t know much about the three new bursts so far. Since scientists are still working on the data, it is possible that some of the early findings could change. But now we can say that they are both similar and not similar to FRB 200428.

The bursts were again slightly less powerful than the previous ones, but they were still incredibly strong and lasted a matter of milliseconds.

“One of the more interesting aspects of this discovery is that our three bursts appear to have occurred during the same rotation period of the star. It is known that the magnetar rotates every ~ 3.24 seconds, but the first and second bursts were separated by 0.954 seconds, and the second and third ones were separated by 1.949 seconds. This is a bit unusual, and we think that in the future it is worth studying the phenomenon more closely, ”the scientists write.