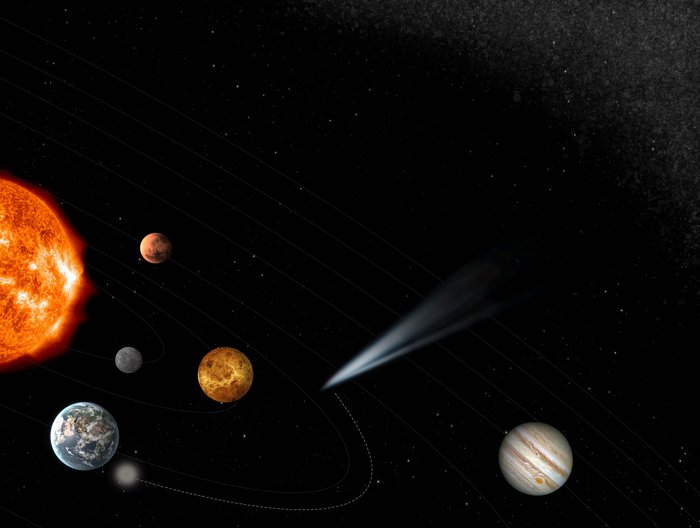 The ESA plans to launch a mission consisting of three vehicles that will have to “intercept” the long-period comet, which will visit the inner part of our solar system for the first time, and photograph it from different angles, which would create its 3D model.

The mission was named Comet Interceptor. Its task is to study the “new”, that is, the first-time comet to the interior of our system, the long-period comet (which is called the “dynamically new comet”). (Long-period comets, unlike short-period comets, rotate around the Sun in extremely elongated orbits, moving to the farthest edges of our system.) The mission will include three vehicles, which, before they separate, will wait for the close approach of a necessary object; they will have to photograph the comet from different perspectives, which would allow to build a 3D model of the object.

The comet that the ESA expects to “intercept” should visit the inner part of the Solar System for the first time, probably coming from the Oort cloud, a hypothetical area of ​​our system that is supposed to be the source of long-period comets (it is assumed that the distance from the Sun to the outer limits of clouds are about 50–100 thousand astronomical units). Experts expect to see a comet that has not undergone major changes since the formation of the solar system. The mission, according to the ESA, will help to understand how comets evolve during the journey from the outskirts of our system to its interior.

The ESA has not yet chosen the specific goal of the Comet Interceptor, but hopes to notice a suitable comet soon. As expected, the mission will be launched in 2028.