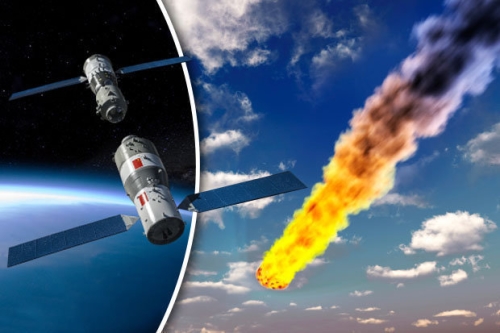 The wreckage of the Chinese space station “Tiangun-1” will fall to Earth, presumably, between March 29 and April 4. This is reported by the Center for the Study of Outer Space.

According to scientists, the station at the entrance to the dense layers of the atmosphere will collapse and most of its debris will burn. Some will reach the surface of the planet and probably crash into the ocean. However, experts warned Spain, Portugal, France and Greece about the possible entry of debris on their territory. Experts note that the likelihood that one of the people will suffer is extremely small.

The station “Tiangun-1” weighing 8.5 tons, a length of 12 meters and a diameter of 3.3 meters was put into orbit in September 2011. In the next two years, the ships of the Shenzhou series were docked twice, but control over it was lost. Specialists attribute this to the fact that engines designed to correct orbit have consumed all the fuel.