“Tiangun-1” will fall to Earth on April 1 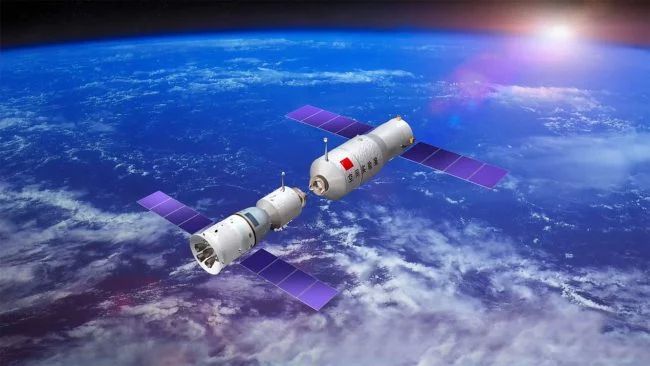 The first Chinese orbiting automatic station “Tiangun-1” will descend from orbit and fall to Earth in the period from March 31 to April 4, 2018. According to statements by representatives of the Chinese Space Agency, the fall will be uncontrollable, so where exactly the station will be at the time of the fall, experts say it is difficult.

According to preliminary calculations, the zone of the fall of the station is designated between 42.8 degrees north latitude and 42.8 degrees south latitude, which means that the potential drop-off point may be Africa, southern Europe, the Middle East or South-East Asia. Maybe it will be in Russia, it may very well be that the place of fall will be Dagestan. Scientists believe that the risk to the environment and people is minimal, since most of the station will simply burn in the atmosphere, while the rest of the station, if they reach the surface of the Earth, will not be seriously threatened.

Holger Krag, the head of the space debris tracking department at the European Space Agency, also noted that people are extremely unlikely to get injured by the fall of the wreckage of the station.

“Usually from 20 to 40 percent of large objects can reach the Earth, but they still collapse when falling, and the likelihood of injury from the fall of such a wreck is comparable to the chance to be struck by lightning twice a year,” – reassures Krag.

First, the Chinese space agency assumed that the TianGong-1 would burn in the Earth’s atmosphere at the end of 2017, but later calculations showed that the station would cease to exist in the spring of 2018.