Tianwen 1 sends its first image of Mars to Earth 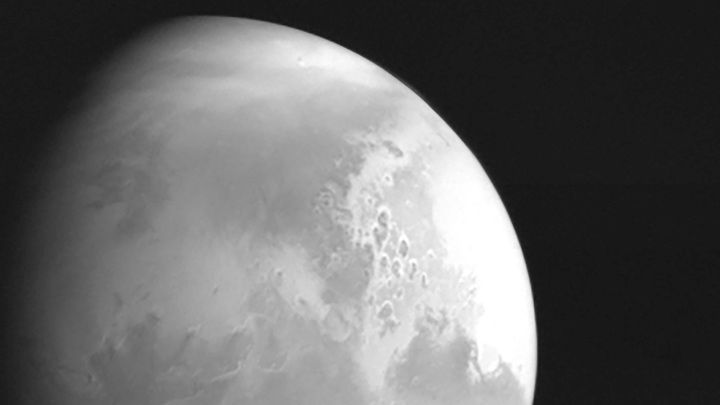 China’s Tianwen 1 unmanned spacecraft has made its fourth motion correction on its way to Mars. It was successful. This was reported by the China National Space Administration.

The spacecraft was able to obtain the first image of Mars at a distance of about 2.2 million kilometers from the planet. The picture is black and white. It clearly shows iconic landforms, including the Acidalian Plain, the Meridiana Plateau, Schiaparelli Crater and the Mariner Valley.

Tianwen 1 is currently in orbit for about 197 days at a distance of about 184 million kilometers from Earth. The probe systems are noted to be in good condition.

The total flight range of Tianwen-1 at the moment is about 465 million kilometers.